There are rock festivals…and then there’s US 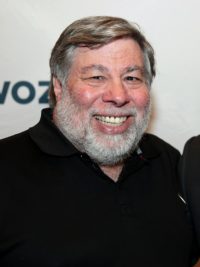 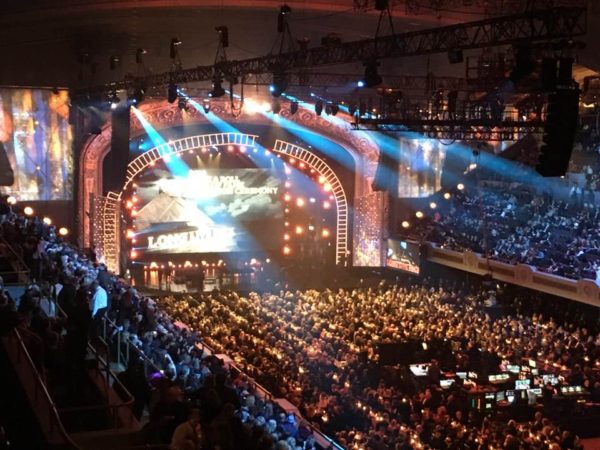 So, as you recall my husband and I recently attended the Rock & Roll Hall of Fame Induction Ceremony, a cornerstone of rock stardom and celebration. Our two tickets cost the equivalent of our home mortgage monthly payment… it was our way of celebrating the closure of this ginormous debt, our monthly payments gone!

Let me share another great rock & roll experience my husband and I shared – and it’s prized because it was free.

In the mostly male world of rock & roll, size matters. Lots of big numbers get bandied about – great verbiage, I think, because it’s largely bandy roosters that are clucking the sums, as in ‘mine is bigger than yours.’ But, not WOZ.

Yes, Steve Wozniak, the ‘other guy’ of Apple, funded the inaugural US Festival, held Labor Day weekend in 1982 at Glen Helen Regional  Park near San Bernadino. A half-million people attended, many of them camped on the grounds in the dusty summer heart. Larry and I were among them, traveling in a rented RV, with friends who had experience with such. Another followed in 1983, but once was enough. 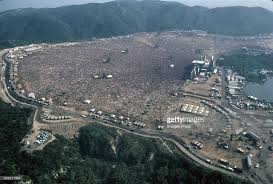 WOZ underwrote the complete cost of the festival, reportedly saying “I paid to see 10 million smiles,”. While he may not have witnessed our smiles directly, I assure you they were in place. BTW, the cost of the festival is estimated to be the equivalent of $30,000,000+ in today’s inflationary world. Who knows what the free weekend concert would cost – thank you, WOZ.

There were 19 mega-star acts – everyone from the Talking Heads, the Police, Tom Petty to Fleetwood Mac, Santana, and the Grateful Dead. Jimmy Buffet and the Coral Reef Band, Jackson Brown, and the slightly underground Ramones. The B-52s, which I liked, and Larry did not. We both loved the Cars. But the best was the blazing rendition of “Chains” by Fleetwood Mac on Sunday, likely the band we mutually adored most at that time.

Ah, the weekend that WOZ wanted – for US!

Over half of the acts have been inducted into the Rock & Roll Hall of Fame. Did I mention that we attended the recent induction ceremony in Cleveland? In seats which were nearly on the ceiling in the back corner of the small public hall? While my nose didn’t bleed, my knees nearly gave out in the climb up and then down.

And, the beat goes on… Yesterday was our 42nd wedding anniversary. This is my celebratory post 😉

P.S. Have you read this blast from the past: https://www.pjcolando.com/life-as-a-miracle-seven-turns/