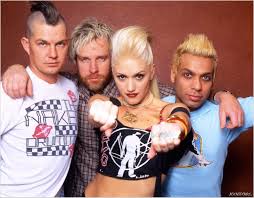 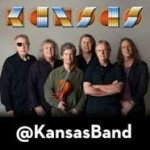 There it was in print, bold at the top of an ad. The name of one of our favorite rock bands, not the state. In concert in Cerritos.

Though it was nearly an hour’s drive north east of our home, Larry and I were down.

When we arrived at the concert hall, we were excited. Our seats were on the perimeter of the circular stage, far right of center, but all right. We didn’t need to see the group up close. We knew their songs by heart.

Little did we know that Kansas would be preceded by four other groups , not going onstage until 10:30 – on a Thursday night. The Friday work day would begin early, early and we relied on eight hours of sleep.

No, the headliner headline hadn’t hoodwinked us – who looks for fine print below words that revved your heart? – though neither Larry nor I recall a list of bands…

The promoter may have been Kansas, the other bands their proteges. We settled our seats, tapped our toes to the music beat, clapped appropriately, and had a good time.

One of the rock bands was fronted by a female vocalist, a young woman with white blonde hair, projecting an exuberant voice and personality, dressed with funky style.

When I walked to the stage to compliment her personally after their set, she beamed. Later, when the band became quite famous, I had no doubt that I’d helped to propel Gwen Stefani as much as the band’s promoter did. A little appreciation goes a long way… It is part of my kindness mission in life. I am a dedicated Appreciator without doubt.

No Doubt formd in the mid-80s, graduating to arena rock in the mid-90s, then stalled out when Gwen Stefani eloped for a single career. Then married and had kids.

The band reformed in 2009 for a US tour and recently stepped up majorly to headline one of the KROQ Annual Almost Acoutstic Christmas concerts at the Forum in December Replacing U2 when vocalist and leader Bono sustained serious injuries in a bicycle accident in Central Park. Replacing U2 required…     Heart.

Talent and tenacity fanned by kind words on a path to fame: No Doubt.