Living Life as a Miracle: the lost is found! 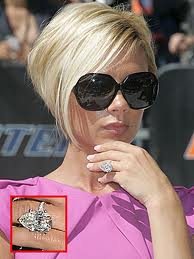 Today is our wedding anniversary! Hurrah and hallelujah!

Since I have been in a miracle mindset, let me repeat: one of the three best miracles of my life is the night I met Larry Colando by the beer keg. The other two are my birth and my re-birth. Amen.

Let me add another miracle to the trace. The day the lost was found, on the floor by the secretary’s desk.

It was a Friday, a day when I worked at Bonita Canyon School, Irvine, and lived in Laguna Hills. We were feting a young couple who were to be married the next day, people with no local family. It was our anniversary, so what better way to share ourselves and our home. It was 1984. (did you read that post, snatched and scrambled by some secret force?)

I left school on time, an atypical occurrence for a need-for-closure person, and ran a string of errands, including a stop at the nearby fresh market where I rifled the vegetable bins for dinner salad ingredients.At home I set the table with our china, silver, and special candlesticks, using our wedding booty to assure special presentation. As I struck a match to light the white tapers, I gasped: no diamond twinkled by firelight in my ring!

Oh my gosh, darn it, and dagnabbit! Holy handshake, what was happening? I’d been more places than usual that day, and I began to fret.

To push worry away, I sprang into action, going through our china cabinet and then driving to the small market to scrutinize the floor, scramble the bins, and query the owner. Nothing.

When I returned home, I called my compadre, the school secretary. Her shift extended til 5:30, to keep pace with the multi-tasking principal, serving a ‘helicopter parent’ prototype clientele.

My intent was to vent and cry. But Cam would have none of that – she was an action master, too. She went into speed demon problem-solver mode, the mantel she wore each day. She was prepared to commandeer every vacuum in the Irvine School District to sweep every surface, the search every bag’s contents, such was her earnest attention to detail.

As she stood, to press the call button for the school janitor, she looked down.

And a diamond twinkled at her toes. She shrieked in delight – in my ear, but all was well. The lost was found. She put it in a safe place until Monday when I returned to work.

And the festivities carried on.

Have you seen my ‘new’ ring mounting, the one that celebrates 30 years. It’s been described as a tear-drop in a jagged world. That’s apt, that’s how one can feel – and I do, with my bleeding heart –

Not when one is Living Life as a Miracle! On those sunny days, the ring bends light like Beckham!