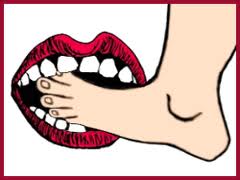 It’s that time of the month again. The time when brains go on fail-safe mode and the fingers play the game. It’s time to be among the Bunco Babes.

It’s the scene of frivolity and conversational wandering that goes nowhere and everywhere, weaving a chord of friendship through our hearts.

It’s a milieu where my words get alternately admired and assailed in a way that can’t be helped. I am a wordsmith, as addicted as some are to chocolate and wine.

Once when I described my neighbor as “irascible”, my friend looked at me as if I’d swallowed the dictionary whole, and then spit out the word as a seed, though not a good one to seed conversation.

It’s a good dilemna to be a word worshipper with an ardent reader vocabulary. I’d rather have that condition that my foot in my mouth.