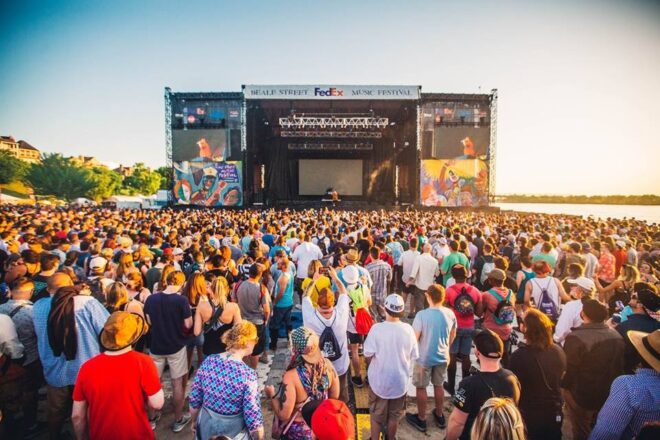 For many years, my husband and I used his frequent flyer points to travel to Memphis for a specific weekend. The first weekend in May was the Memphis in May International Festival. A three-day weekend of music, barbecue, and throngs, as you can see in the picture above. The fee was inexpensive for a better-than-great event which was worth traveling over 2000 miles one-way to experience.

Part of the reason for the yearly mecca was to visit my sister and her husband, who lived in a suburb of Memphis. In truth, we likely spent as much time on the flights and the lengthy road trip to-from their home to the riverside park where the venue was held. We always made it to Beale Street, too. We were young and could drink and dance – pardon the ghostly image. Someone in this photo is no longer in the family. 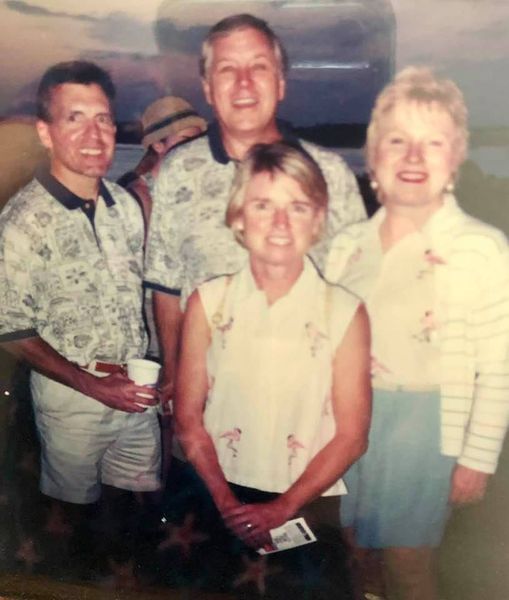 The musical event featured two monster stages at each end of the public park along the Mississippi, sort of like goal posts at the end of an ultra-long football field. The two were so far from each other that there was no sound interference from one stage to the other. Incredible! We enjoyed so many artists: Buddy Guy, Bonnie Raitt, Steve Winwood, and the North Mississippi All-Stars. There were more but my memory is rusty… Ha! It often rained in Memphis but the show went on… Imagine Buddy Guy with his flamboyant polka dot shirt and guitar one-upping the raindrop dots!

But, it was in the small tent venue that I had my O’Henry moment with a young artist named Renee Austen. As I recall she was one of the few artists who dressed up for the event, to show that it was important to her. I loved her musical verve and sidled up to by a CD. 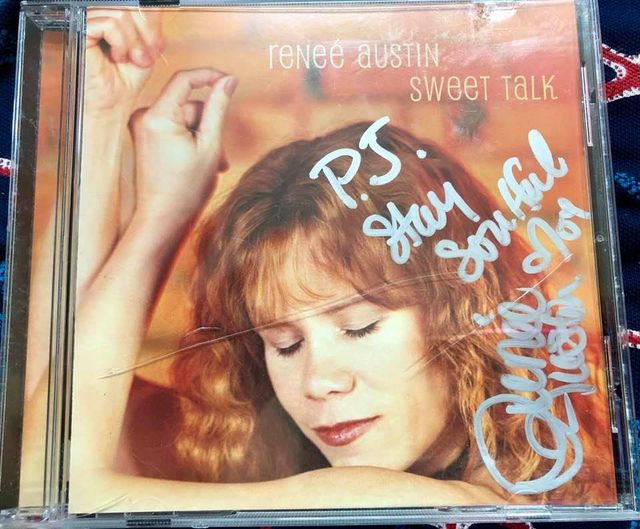 As she signed it, I confessed, “I wish I were you,” because, as did many peeps my age, I’d wanted to be a rock star!

Her looks were sultry, with the long flowing red hair and green eyes, yet she replied,”I wish I were you.” She coveted my natural blonde hair!

Neither of us got our wish – but we had a great time!