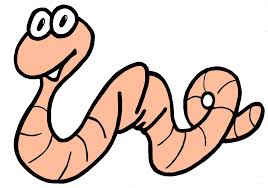 “You, hear me! Give this fire to that old man. Pull the black worm off the bark and give it to the mother. And no spitting in the ashes!”

It’s not quite the Gettysburg Address, but it is deathless prose. The double dozen ‘ultra conserved’, resilient words have survived 150 centuries.

If you time-traveled and spoke these words to a hunter-gatherer of the time, he would have understood at least some of what you were saying. That’s because all of the nouns, verbs, adjectives, and adverbs in the four sentences are words that have descended largely unaltered since the last Ice Age. That is, the words’ meanings have remained intact in spite of cultural influences such as rap (which I refuse to call music) – and they were pronounced the same across the populated land mass, suggesting a common “proto-Eurasiatic” language.

This countermands linguistic theory that words cannot survive more than 8-9,000 years, as I learned in college — years ago. Invented spelling will not kill off language like the dinosaurs – and vital words will outlive auto correct, which thrills me more than I can say.

Note that the words are spoken in commands. They are ‘directing traffic’ admonitions, essential for safety and manners. They thrive in function, like the Ten Commandments.

And here they are: “thou, I, not, that, we, to give, who, this, what, man/mate, ye, old, mother, to hear, hand, fire, to pull, black, to flow, bark, ashes, to spit, worm”. I’ll only quibble with the last one, though perhaps ancient people disliked worms as much as I do. Worms give me the willies.