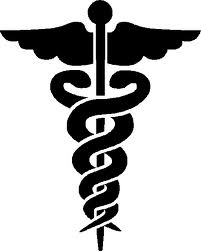 I don’t recall what I said prior, but the doc said this in wild, rapid retort. I think that he was abashed because, after I’d waited twenty minutes after being ushered into the exam room, after waiting twenty minutes in the waiting room for his first appointment in the morning, I opened the exam room door to peek, wondering what was up – to witness his rush past me in the hall, with downcast eyes and shower-wet hair.

He was one of the first to practice Concierge Medicine, so with its promise of 24-7 perfection in medical care. We bought into the model because my husband was often away from home on business and this would meet his need for medical access anytime, anywhere. But the doc was late, very late, for a very important date; perhaps the White Rabbit had forgotten to wind his watch.

Later reflections on the doc’s possible embarrassment for having forgotten the appointment: perhaps he’d done more than overslept…perhaps his wife had left him. Who knew? Who cares for the caregiver?

I’d may have felt badly, but my dad had told me that my mother once heard it from a doctor she consulted. I’ll take any comparison that I can get to my mother. She is gone but not forgotten.

I’d have felt badly after that incident, except soon afterward the man frightened my husband into an emergency cardiology visit after, he later admitted, he’d administered an EKG on poorly calibrated equipment. Everyone makes a mistake now and then, and we should be forgiving as well as forgiven. But please, Doc, don’t make professional mistakes on me or my husband. We are important to us. Concierge medicine was over for us soon after it began fifteen years ago.

I’ve managed a torn medial meniscus, without much doctor advice or intervention, for ten weeks now. My husband has frequently commented that I’ve been a great doctor for myself, as well being as a highly compliant, uncomplaining patient, my own better half.

We’ll see what the best knee doctor in town says in my appointment this week. Whaddayathink?