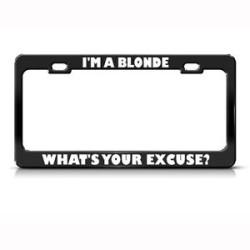 “How can they allow motorcycles between the cars on the freeways? What if someone opened their cardoor?”

This question/comment from a Colorado visitor long before the state legalized dope… Yikes!

Neither my husband or I replied. How could we? We were/are not ‘they’ and the imbecilic notion of opening one’s car door while going 65+ mph couldn’t be touched politely. The guy was a college professor, and I was thinking unkind thoughts of his bonafides.

I began a mental rap on the basis of the uber-crowded freeways, a trek that was easy to engage, not because I relied on freeway travel for an office commute – thank god for that – but because complaints about the freeways were common and constant. Let me ‘splain:

As you may recall, Constant Reader, I’ve written about our myriad of houseguests from Elsewhere, USA. We’ve had hundreds, edging toward thousands in the near forty years since we migrated from Elsewhere to sunny CA, an aggregate average of two months/year. Some good, some bad, some worse; some gracious, some gadabout, most grateful.

Sometimes I ignore, sometimes I confront: “well, you came here and you rented a car and…” Replies are naught.

But I digress, and I desire to make a point: 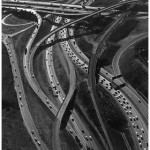 It’s my considered belief that California freeway travel embodies Mutual Trust – of monumental and magnificent portion among the multi-millions of motorists who drive along. It demonstrates the uniquely American ethics of United States of Being. Our societal bonds weave a co-existence of respect, order, trust rather than chaos. You go in your groove, I’ll go in mine…

Have you ever driven or ridden a tour bus in Peking, Cairo, or Bangkok, even Paris? You know what I mean?

There are famed fables of visuals and exploits while on the nasty commute: people shaving, applying eye make-up, getting dressed and undressed. There are the climbers who ride the ‘break down’ lane, known as the shoulder in Elsewhere, USA and those who pass on the right at intersections, those who inappropriately use the carpool lane without two in a car…

I prefer to focus on the “free” in the home of the free and the brave. I focus on the “brave”: belief that we and other drivers will behave in a manner appropriate for driving a potentially lethal several thousand pound conveyance within inches of another. Pell Mell. Following diamonds and rubies after dark, flashing car blinkers to change lanes.

I focus on the constant patrol of AAA trucks and California Highway Patrol to keep us trouble free and fluidly moving the tourists, the worker bees, and the soccer moms. “Like sands through the hour glass” of the California life style we trek in common, mighty in number and relatively safe.

Live and let live. Let it be.