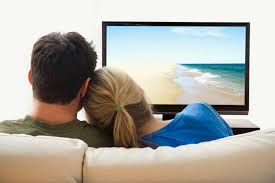 All of us have bad habits, some badder than others.

Such as the people who break Commandments,

like ‘Thou shalt not murder, steal, and/or covet,” which are remarkably, regrettably bad.

According to a cutely credible pop culture book, ‘Everything Bad is Good for You’ by Steve Johnson, there is good news about some bad habits, though none of the ten. You’re going to hell if you commit one, let alone serialize any.

It’s New Years Resolution time + two weeks, so let’s explore some bad habits that need not be erased, especially now that you’ve lapsed. I’m all about forgiveness, as is God.

Habit # 1: having coffee or tea for breakfast, solo style. No doughnut, muffin, or pancake in sight.

For years we’ve heard that breakfast is vital, the most important meal of the day. However, this only seems to be true if you’ll be milking cows and/or baling hay. Two studies in the American Journal of Clinical Nutrition reported that missing this first meal doesn’t affect weight, cholesterol, or resting metabolism.(!)

Resting metabolism, of course, is the one that occurs when seated at the computer, as I am now. You, too. Remember that coffee and green tea are good for you as per my ‘Dietary Con-foods-ion’ post https://www.pjcolando.com/anti-inflammatory-diet/

Apparently with the advent of high concept cable fare, such as ‘Mad Men’, ‘House of Cards’, ‘Breaking Bad’, ‘Homeland’, ‘Sons of Anarchy’, and ‘Game of Thrones’ – shows which spawned marathon watching, even by me – today’s pop-culture consumer has to do more cognitive work, mastering more virtual nuance and detail than ever before.

According to Mr. Johnson, even today’s least nutritional TV junk food – reality shows – are more scintillatingly complex, in terms of plot, character, and the amount of external information viewers need to comprehend, than the ‘Love Boat’s and ‘I Love Lucy’s that preceded it, though I think that ‘China Beach’, ‘Tool Time’ and ‘Murphy Brown’ were above the frivolous fray. I miss those shows…

I tried watching several episodes of one the first (and enduring – ?) reality shows, ‘Survivor’, when a friend was vying to be a contestant…I couldn’t keep up with the plotting antics. Nor did I want to, yet she said it was not much different than the environment of her work place. Yikes!

Habit #3: intending to do tasks, but taking a nap instead…

Since I went through chemo and radiation treatment for breast cancer nine years ago, I’ve sustained a habit that was necessary then: I take a daily nap, a 30-minute siesta such as is European custom. The National Sleep Foundation applauds this move for ‘older Americans’, which, as a Boomer I am.

What about you, Constant Reader, do you eat breakfast, binge watch, or nap? Will you start, end, or continue in 2015?