There was an Old Lady and she was me! 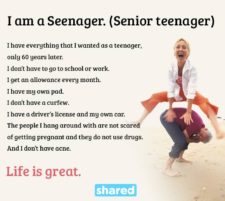 Way back in April I riffed on The Media, the whipping boy/girl of the current regime: https://www.pjcolando.com/the-media/ 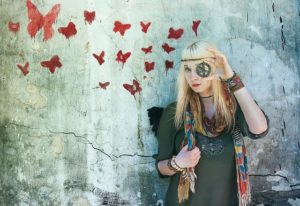 Thanks to television, it was easy to pick up what was new and cool when we were tweens/teens/twenty-somethings. Remember?

Kick back and getcha groove on, baby. Reminisce about when when we were all out of sight.

From A to Z, we were spectacular – and still are!

If we could only recall where we left our cheater-readers, the glasses we buy by the pack. This morning I put both contact lenses in the same eye – that old age attention deficit thingie interplayed while my mind was wondering onto another song. Yeah, the mind minder – the DJ spinning the sound track of my life, didn’t stay tuned to the task.

Find your favorite phrase, or add another I missed in the comments !

-A-
Ape shit
Verb; To explode, angry outburst.  “When my parents saw my grades, they went ape shit.”

-B-
Bad ass
Noun;  A tough guy. “He’s a bad ass.”
Bent
adjective; grouchy, angry “That saleslady is really bent.”
Blast
noun; something spectacular, alot of fun. “Was it good? It was a blast!”
Boss
adjective; terrific, best. “He’s boss.”
Bummer
noun; Something unpredictable or difficult to control. “The concert got rained out.  What a bummer!”

-C-
Check it out
inspect, look over, look at. “He has a new set of wheels, let’s go check it out.”
Crack up; Cracked up
verb; to laugh hard. To react to something hilarious. “When I saw those pictures, I just crack up.”
Croak
verb. To die. “Don’t croak just because you flunked.”
Crocked
adjective; drunk, intoxicated. “After the party he was sure crocked.” (loaded, stoned, plastered)
noun; untrue. “That’s a crock! You didn’t do that.”
Crummy
adjective; In bad condition. “Look at that crummy car.”

-D-
Dip; Dip-shit
noun; a person that one dislikes or insults, “The guy is really a dip.” Worse, “He’s a dip shit.”
Ditch
verb; Leave or miss without a good excuse. “Let’s ditch this scene!”  To leave or avoid a person “Let’s ditch her.”
Dough
noun; money. “How much dough did it cost you?” (Bread, loot)
Down the tubes
noun, in trouble, depressed “I’m feeling down.”
Dump
noun; an unkempt place to live. Also a verb; to drop a boyfriend or girlfriend. “Did she dump you?”

It’s time to dump this list of alphabetical phrases, this blast from the past. WordPress’s boundaries report that I wrote overlong. But, isn’t it fun to note how language evolves…

That’s it: my brain and body have ‘evolved’ 😉