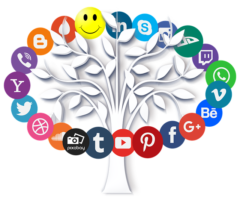 We live in an era of media bashing, indicting The Media as the source of all evil in many arenas of life. I’m as flummoxed by the tenet and the tone used to voice the opinion as well as by the fact that I can not agree that it’s fact. Never one to not make up my own mind, I can not accept that others align themselves as sheep, as slaves, as supplicants to media. I don’t even think the media is something to capitalize!

Here’s an example conversation in which I was recently engaged:

My friend: “I’m worried about my teenage daughter.”

My friend: “She has a friend who came out to her as bi-sexual.”

No response from me. I didn’t even raise an eyebrow. Waiting for the problem I could help solve.

My friend: “These kids. How can they know who they are? I blame it on the media.”

Me: “It could be just talk, the bravado for effect that teens pose. I have faith in how you are raising your daughter, so you should, too. Aren’t we grateful she’s open and forthcoming with you rather than closeting herself with her peers?”

The waiter interrupted to refill our water glasses and the conversation took a light-hearted turn. Relieved, reprieved, thankful I was because there was nothing I could touch or save or shape – and I didn’t want to tangle with an evangelical, something that has tainted several relationships in the past several years. I believe Jesus wanted us to love one another and, to me, love encompasses acceptance. Personal persuasions are between each individual and God and do not require my opinion, as a matter of fact. 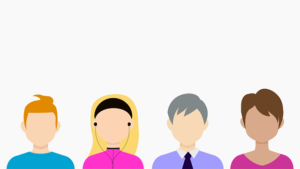 Safe at home I reflected. We had media influence ‘back in the day.’ Boundaries were being pushed and flaunted by peers in the Age of Aquarius. Not much of it touched my small-town Indiana life, but via the media I knew. While we had the ‘Mod Squad’ to model our clothing and hairstyling, clothing stores were far from our home and my hair was too fine to grow long.

And we had Seventeen and Teen magazines as counterbalance. Though I had little money to buy them, I did.

Further, I’d had TV since a tyke and recall Donna Reed’s heels, dress, and pearls. Did that shape my early homemaker image? NOT!

While I loved the Ladies Home Journal, better writing was in Sports Illustrated – and then the swimsuit issue began, rivaling the Playboy mags my brother kept under his bed. Liberated women of the 1970s (I was born that way, so I naturally adopted the views) loved reading Cosmopolitan, which broached issues that were otherwise taboo inside a cover with cleavage to allure. 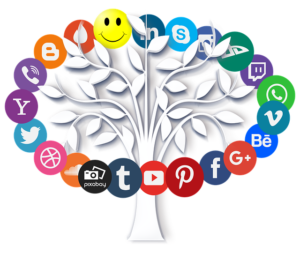 In God we must trust.

He is the tree of life.