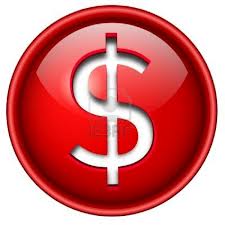 “The Great Recession officially lasted from December 2007 to June 2009, but it sure seemed longer” was the lead line of a story in the AARP (yes, I am old enough to be a member) Bulletin last month.

I know, first hand, because I lost $16,000.00 when the state of California withheld payment for months, and an agency with which I had a contract went under. It was the amount that my office rent cost/year. It cut out my zest for work; I closed my office last year just to save the burden of rent.

Smack in the middle of the recession, May – October 2008, I was financially smacked upside the head.

A promise is a promise, and she’d promised to pay. Though her debt for my work was absolved, with a guilty conscience she’s paid.

I’d feel sorry for her life of regret except for this fact that I learned: she’d done it before with another child-centered business. When it comes to kids’ service, I truly see red.

I take back something I stated previously: she wasn’t/isn’t nice and probably doesn’t feel any compunction about her sin of remiss. She may be one of the 4% of the population that the American Psychological Association reckons has no conscience. None at all.

And, for me – and maybe you, dear Reader – conscience is what makes everyday experience worth having.

Conscience may not pay, but neither does crime. Conscience is Mother Nature and Father God’s best bargain. It’s one of the ties that binds us in humanity.

Conscience is obligation to others, based upon love. I wouldn’t trade mine for any price.