MEANING:
noun: Doing (or giving the appearance of doing) something effortlessly; effortless grace; nonchalance.
ETYMOLOGY:
From Italian. Earliest documented use: 1957.
In 1957, the year of this term’s earliest documented use, my husband already had his first jobs: delivering newspapers and mowing lawns to contribute to the household income because of his father’s disability. He did what needed to be done.
I didn’t know him then, but I’m sure his work was accomplished with effortless grace. He’s been retired for nearly seven years now, after working continuously for 50. He has handled retirement with his usual purposeful attitude, his sprezzatura.
My husband is of Italian descent, so he further owns the term: Sprezzatura. He loves me in just this manner, and I accept my blessings graciously and not nonchalantly.
We were married in 1976. Today is our 37th wedding anniversary. Sprezzatura! 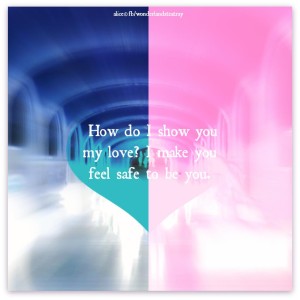