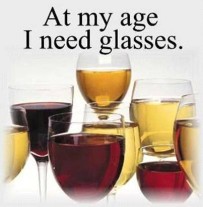 I was seated in the prime spot, 180 degrees opposite the double glass entry door, which afforded great light from a final summer day. I had just ordered a flight of Remarkable Reds, paying a premium for the privilege to sample three wines along with a platter of flatbread pizza that spanned the bar’s gleaming top (the width, not length; this is not a tale of loaves and fishes, folks). 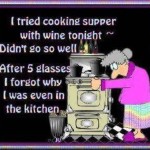 It was a deal of remarkable proportions, something that I needed and deserved. I am gifted and talented at deserving for myself…

The menu’s pricing seemed to have gone up a bit, so my husband and I joked that the establishment should now be called Seasons 57, not Seasons 52. A secret bit of electricity flashed between us, as we recalled that Heinz had had 57, too. A dab of nostalgia helped us ignore the price hike as we sipped.

The piano playing entertainer sported a frosted white Mohawk that rose higher than his voice as he attempted tunes penned before he was born: Jackson Browne, James Taylor, the Beatles, to name a few. We didn’t cringe because his muzak improved over that of Macy’s, whose sale scavengering had wearied us so, aged us beyond our years. https://www.pjcolando.com/spacey-in-macys/

The bar staff was lithe and willowy tall, three younguns speeding through the floor space in the center of the circular bar. Directly in front of us, one of the staff, a guy with high mounds of black patent hair, began the motions of washing goblets: with one second each in three unseen sinks of —-?

Yes, one second each: dip, dip, dip, place in a rack. And lovingly hand toweled many minutes later.

How does that jibe with singing “Happy Birthday”, all 18 seconds of the tune, as commanded by Oprah, the daytime guru of all things, as the good health ritual to be observed each time one washes one’s hands. So as to properly sterilize, clear the unseen purveyors of disease, the germs? 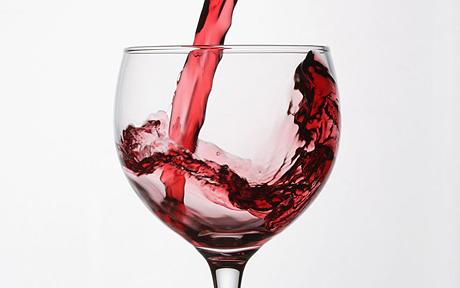 Red wine being poured into glass

Okay, self, sit back and breathe. My mama schooled me in washing dishes better than his boss, but I can’t fix that any more than I can report this to my mama. She’s in heaven.

I’m seated 180 degrees from the glass washing task – on other side of the bar, sipping wine with my eyes closed, softly humming the birthday song… I’ll live better in peaceful unknowing.

Perhaps to the 57th magnitude of attitude latitude…Yeah, that places me back in Scandinavia where we vacationed in June – so cool – or where we will vacation in a few months, cruising New Zealand – so hot. 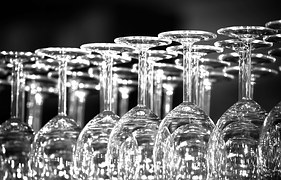 I’ll toast to that!

What about you: is the glass half-empty, half-full…the bar set —–