Season your writing with a dash – 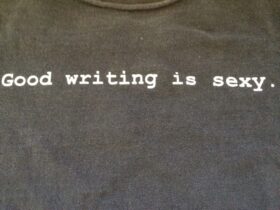 Writers are well-advised to spice up their writing to immerse a reader in their story, to make it compelling, sexy, and enticing. A dash of this and a dash of that, such as these diverse dashes that are often confused.

Em dashes get their name from typography: Possessing the same width as the letter “m,” em dashes are a versatile punctuation mark with a variety of uses.

In fact, it might the most versatile punctuation mark there is. My writing is witness to that.

One use case for em dashes is as a substitute for commas. Especially in sentences that would otherwise contain a great deal of commas, substituting em dashes can help make your writing easier to read. For example:

Em dashes can also stand in for parentheses. Just as in the example above, em dashes can be used to add emphasis to the content that they section off:

A single em dash can also be used in place of a colon to make connections between a sentence’s clauses and—just as in the other use cases—add further emphasis:

They can also be used to signify interruptions or changes in the direction of a thought, as in this example: “Wait! I was going to—never mind.”

By comparison the shorter en dash—taking up the same space on the page as the letter “n”—has fewer, simpler use cases by comparison.

The en dash is most frequently used to connect numbered ranges, like dates and scores. For example:

It’s also used to express conflict, direction, or connection between groups or concepts, as in the following examples:

Lusciously compounded adjectives are also a hallmark of my writing – a grammerly gambit championed by one of my writer idols: Art Plotnik.