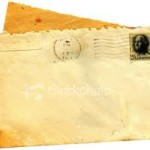 The envelope was a bit crumpled, but I’m used to that in this demoralized era of the USPS. Ben Franklin would be appalled, joining present day politicians and citizens in their much public rants about “things aren’t as good as they used to be and the country’s going to hell.” I opened it in the blasé finger-rip fashion I always employ. Who had time for the nifty rip gadget that my husband favors?

Then I plunked into the nearest chair with my eyes glued to the page. I am grateful that it was cushy, for I fell with each word.

The letter’s text was tidy and literate, belying its disheveled envelope, yet it was bewildering. I read and re-read it to decipher its content. It might as well have been a letter from Mars, for it was a letter from Attica Prison. Didn’t I remember riots at that place as I was coming of age in tender Indiana innocence? My boundaries had expanded in the 40 years since, but this letter brought pen pal correspondence to a stunning new level. Oh Lordy, what would my mama say?

It was from an inmate and, interestingly, he’d been prompted to write because he’d read my published memoir of my mother and he thought he actually knew both of us. His sister had given him stationery and stamps for Christmas, exacting a promise that he would to use them to regenerate his life.

He wrote that his family had lived in Bluffton, Indiana, a small town that was now encroached by the city of Fort Wayne where most of our relatives live. He had attended Hartford Center School where my father had been principal. He went on to describe an incident from my childhood memory bank: the day I took the dare and kicked the can on the sidewalk during recess. It happened in third grade.

It had been a large can, probably from the school cafeteria, once holding syrupy peaches or pears. The label had been removed so that the can’s metal was the color and shape of the farm silos that accompanied every barn in our rangy flatland vista. It was cocked up on a stick, with a string attached perhaps, though the purpose of the string was lost in the moment when I kicked the can. As the can flew from my foot like a real sport, I shrieked at the sight of a salamander. Boys’ laughter shrilled around me. There could have been no more than 4; it was a very small school and primary grade classes seldom mixed together in play. I was as thrilled as I was frightened, proud as I was dismayed.

He recalled the incident as well as I did, but from another side: he’d extended the dare. He went on to say that he was in prison because he’d taken one too many dares, achieving the ultimate badass status of being an Attica inmate. He sought redemption, as well as connection, in the telling of our tale, proving the adage that there are two sides to every story.