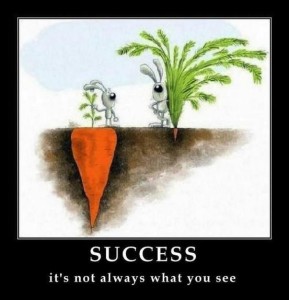 His eyes disappear when he smiles and he smiles a lot.  He is smart and crafty and as handsome as a god.  And, a god he is in my world.

My world is deep and wide because I am a gregarious soul.  I sweep, I wisp, I waltz among people, sharing my light as required from the God above, among the gifts given to me.  But the wisp is shored by a stability that is my husband and my best friend, the god of my earthly world.

We met at a party, a man with arms clasped across his chest who was still able to give a ‘thumbs up’ sign with both hands.  What a quizzical statue he was, with a prickly invitation to hopes to be dashed, dreamed up, or driven to mad ecstasy!

He was chatting with the host at the vantage point of the beer keg, awaiting the necessary fill-ups of the guests.  This ploy would create endless open opportunity for introduction.  Hence we know that he is resourceful.  He’s also stable, for his back is against the wall.  A broad-shouldered six-footer with a personality bigger than a room, stoically awaiting adventure, straight forward, simple, and neat.

His jacket is brown suede, fringed somewhere along a seam, with a wonderful green plaid shirt that hints of Santa Claus, the green to match his smiling eyes.  He inhabits jeans, the uniform of the sixties, of the downtrodden and the upturned.  Boots for motorcycle riding, but I would learn that later.  Not a bad idea for detail, for one supposedly stoned.  It was a breathless moment of history, carefully folded and unfolded in memory, in burgeoning safety and love.

Did I mention that he was smiling?

My best friend is watering his garden just now, tending the crops in the thorough, well-plotted way that he takes care of me.  His is a methodical love, with symmetry of purpose and serendipity.  He often brings me a solo flower, even a dandelion, offering it with that same broad, endearing smile?  Today it is the ‘dead-heads’ from the marigolds that ring his garden, the varmint wardens he has planted.  His is the universal care of a farmer that loves the land and its mayhem, the better to curb it to his will.

We have beans and peas and tomatoes and lettuce and basil and rosemary and dill.

We have many, many tomatoes – could you want some, please – for he knows not how to forecast bounty.  He is an ‘arms wide open’ man and you may have what-ever he has in his hands, but you may not have his heart.  I won that ‘fair and square’, a well-earned tribute to the fall of eternal bachelorhood back in 1976.

We are, in garden vernacular, as ‘two peas in a pod’.

His eyes disappear when he smiles.

And he smiles a lot.

He is my best friend,

We are grounded in each other

and our roots are deep.