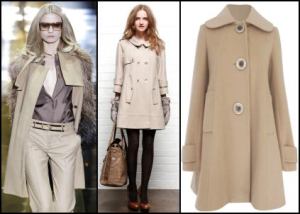 It’s the season: catalogue season. You can tell that the economy is back: back in the saddle, back in the box…back in the use-your-charge-card mode.

Nearly 100 catalogues have clogged our mailbox in the past month – yes, I counted. I’m a little compulsive like that. It was made simple, in part, because we were away from home 2 1/2 weeks. The catalogues filled our mailbox to the brim.

One of the few catalogues I peruse is Lands’ End. There’s good value within, including Supima cotton No Iron shirts. Woot! Woot! I like to buy American, which the fabric is, though the clothing tags often declare ‘made in Vietnam’.

From the cover forward, I smiled as I flipped through Lands’ End: the first dozen pages featured full-page photos of coats.

Lands’ End company is headquartered in Dodgeville, Wisconsin, the heart of the Great American Midwest, across the lake from Michigan.

If I lived where my novel’s characters lived – in central Michigan – I’d be ordering from the catalogue. That’s often how clothing is shopped in rural settings, though Sears and my favorite, ‘Monkey Ward’, are gone. I engaged in an exercise: which one would Jackie, Amy, Bonnie, and/or Fran select?

It’s always the season to engage in a mental exercise of ‘What if?’ It’s a writerly inclination. What do you think?

But, the task escaped me, so far removed from writing the story I have become. Stashes was published four months ago, and I’ve been vigorously engrossed in the monetary responsibility of its sale, not in story world creation.

It’s time to climb back into the groove, to divest the responsibilities of this world. It’s NANOWRIMO season.

The month of November has taken hold of many writers, but I have remained immune to its allure, its challenge of writing a 50,000 word novel in 30 days. This year I am doing it, folks. It’s time to engage to disengage.

That my urge to escape co-occurs with local political word ‘crimes’, with character sabotage bordering on personal assassination, is not mere coincidence. I admit to withdrawing as a turtle into a shell, a girl into her hoodie. Further, the re-do of frightening medical tests looms again, with Stashes finalization providing convenient safe harbor last April-May. Plus, it’s college football season, when my husband is glued to the set from 9:00 – 9:00…reasons to write multiply.  Writing a world overrides real worldly angst. I’m hanging out with Jackie and Steve until this killing season ends.

No, I am not participating in the companion project, in which the thousands of bloggers write a daily post. I’m actively seeking guest bloggers – please apply by the end of the week.

As for me, I am ordering a coat suitable for central Michigan. Whose persona should I order for, Constant Reader: Jackie, Amy, Bonnie, Fran, or someone new.

Wanna be a character in my next book, Hashes and Bashes?