Karla, the queen of smart ass 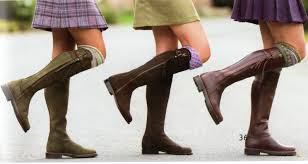 A few weeks ago we were in London town, and a few days ago I wrote about watching the Royals parade, a once yearly extravaganza of pomp, posh, and the circumstance of opening the English Parliament. A jolly good show, much better than the State of the Union.

The day, June 4, just happened to be our anniversary. My husband knows how to rock a celebration.

For several hours we thrilled – and chilled – at the scene, due to the dampish drizzle. While she didn’t wave, we saw Queen Elizabeth, her family, and entourage in a succession of gilded horse drawn coaches, proceeded by brigades of cavalry riders and followed by the brace of cannons which had performed the 41 gun salute. Nearly double US customs on all counts.

The Imperial Crown, perched in its own gilded coach, out-wowed Miss America or Miss Universe or Miss Whatever-you-want. It was beyond brilliant – the diamonds polished with more than the toothpaste and and an old brush I use – though all were encased in glass, probably bullet-proof. A Tiffany mount on steroids.

But a higher light of our British Isles trip was meeting and carousing with Karla, the Queen of smart ass. A woman who helps run the roller coaster of life, as well as ride it with aplomb. Karla pushes buttons, including her own to go, go, go!

She wore boots daily – because it was rainy, partly sunny  – but also to  proclaim her kickass style. Those boots were made for walking, honey, all around the world.

And soon, I was wearing mine. It’s nice to have a prompt, as every writer knows.

Yeah, the country is safe because she and I live on the left and right coasts of America, with lots of heartland squareness between us, to mediate the festive hot mess we could create…everyone would be kicking it! Awesomely, with high spirit and style. Living it, working it, playing it, being it: a bold and noble life, filling every second with activities, perspectives, and then memories. Moving forward and beyond memories that are sad…

Want to join our kick line? We know how to Rockette life!