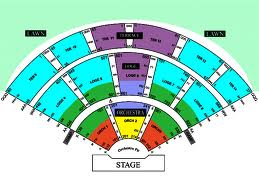 The amphitheater signage has been replaced and soon the razing of the superfine outdoor musical arena will start. Dusty yellow megaton Caterpillars will crawl about the natural bowl of the earth to imbibe all man-made materials: gobble, gobble, chomp. The hills will no longer be alive with the sound of music; just as decades ago, the growl of Fraser, the fertile male lion, and the freeway frolic of Bubbles, the Hippo, vanished into Orange County myth.

Place your hand over your heart and/or cup your ears to relish musical moments and memories of what Larry and I enjoyed. The Amphitheater muse is being demolished, but our memories can’t be buried. Not in the rubble of rip-rap. Not ever. We were/are music fans.Take a seat with me, read and reiminisce.

Our seats were often aqua, a most favored color of us both, the color mix of our eyes, perhaps.

~Crosby, Still, and Nash in concert just before Crosby was arrested…perhaps 25 years ago

~Bruce Springsteen joining in the final set, jamming with John Mellencamp and his band…

~Hootie and the Blowfish, when lead singer Darius Rucker hid under his ball cap brim, not engaging the audience. Was he embarrassed by the band’s name, the band’s fame, or had he broken up with his girl friend?

~Mark Knofflar playing cool guitar to give us our money’s worth, then helicoptering away from the amphitheater while the crowd walked the path to the parking lot. We said a prayer because it was not long after Stevie Ray Vaughn had died in a post-concert copter crash in another state.

~Fey long-haired blonde wanna-bes in bejeweled, floor-length panels of fabric, streaming endlessly by our seats to pee, while we actually tried to enjoy real-live Stevie Nicks on stage with Fleetwood Mac from our prime center seats

~Treating a bewildered younger couple to rock with “The Heart of Rock-and-Roll”, Huey Lewis and the News

~Steve Miller and his band, after he’d teamed with Paul McCartney to record ___

~The Moody Blues with heavenly songs soaring into the night air along with generous applause.

~Santana, whose band had more drums than people on the stage to rock out and on!

~The Fabulous Thunderbirds concert for free!

~Cannons and fireworks for the 1812 Overture with a couple bedecked for indoor concerts, wing-tipped shoes, fur, diamonds, and all…

~aborted Sting and Eurythmics concert… Here’s how the fiasco went down via an email saved from the episode: “did not get to see Sting last Friday night.  We had the preferred parking pass and our tickets and headed out around 7pm to go to the concert and got trapped on the freeway with the rest of the concert traffic.  We did not get to the entrance to Verizon until almost 9pm and went through a long line and around the front for another 30 minutes to be told that they had run out of parking and we had to go outside the area to park across the way and walk in to the park.  By this time it would have taken us another 45 minutes to find parking off site and get to our seats which would have been more than two hours into the concert.  We chose not to do this just to turn around and have to spend another two hours getting out in the end.”

Back to the boxed seat tickets for four – the Verizon Amphitheater manager was respectfully regretful and made recompense. He served the fans.