Incredible Airplane Tale: flash! This is not fiction! 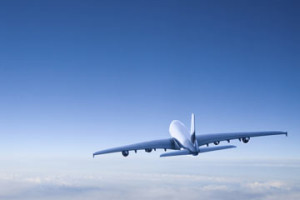 I awaken at o-dark-thirty, yanked out of snore by overly frisky music. Aargh, I set my clock radio alarm last night, but somehow the dial got scrambled, and it’s not what I’d expected after the Madonna dance in my dreams. I stab the music off and slog through the abbreviated toilette of an early morning flight, my weekday life for fifteen years. The good news is that the bag is pre-packed,  the underwear, jeans (no belt!), tee-shirt, and sandals are set out for easy dressing, and the coffee maker is fast.

The better news is that I am getting away for play, not work, using the reward mileage as fare.

Super Shuttle arrives on time and ferries me to the airport. The driver is limited English speaking, but so am I at that hour, so there is little talking, just more frisky radio.

When we arrive at John Wayne Airport, I pay the fee from memory and skip the proffered receipt. The driver nods, pockets the cash, and glides to the line for his next passenger. Fare thee well.

The terminal is steps away, a walk I could make in my sleep. The glass entry doors part as if for a celebrity. I know I was on a security cam, so I smile and wave like Miss America. We Americans have resigned ourselves to surveillance in the post 9-11 era, though it’s hidden, just as we are behind privacy walls in high density Orange County.

Inside the terminal there’s a focused air, for it’s filled with people of purpose, the ‘pros’, at this early hour. The volume of the space echoes with the clicks of heels and luggage wheels, but muffles the miasma of diversity. Economy of movement along memorized lines gets the job done quickly, so that transport does not interfere with the goals of the day. Most of us have boarding passes and IDs prepared for show-n-tell, and we amble as gentle, obedient cattle through the narrow security lanes, focused internally to recall whether to turn right or left for additional java and muffins.

I’ve got it all timed so that there’s little waste, and soon I am aboard my freedom. Inside the plane I stow my duffel and seat myself, pillowing my head across my forearm, bolstered by the plane window’s frame. I feign sleep to circumvent the bubbly noisiness that I can feel near me. It comes with mixed scents, one floral and the other fetid. I creep my eyelids up to discover that it’s a young woman bustling to stuff baby paraphernalia in the overhead bin. Then she dumps a bag, crowding the arm of the seat, and primps and props the poopy one, which seems to be a girl. When she seats herself, the young woman’s lap is as full as the baby’s diaper apparently is.

A man wisks into the businessman-coveted aisle seat that’s often been mine. I recognize him as another sales rep, but don’t want to blow my cover by saying “hello”. I interlope instead on the flight crew chatter, the pre-flight instructions that I could recite without flaw.

And, we’re off. I murmur the narration of the pilot’s verbal assurance through the hiccup-breath ascent over the expensive expanse of Newport Bay and the privileged people who live there. I do not need to lift a lid; I know that we are angling around over the ocean, getting me nearer my destination. I feel sleep hovering in the wings.

Wrangling. Elbows. Jewelry clatter and the familiar click of the tray put into place. Then an astonished, “Miss, you can’t change a baby’s diaper here!”

“But, I have to. The fasten seatbelt sign is lit.”

The man’s voice struggles to be kind, instructive to one who may not have flown as often as he: “If you wait a few moments, the sign will be off and you can change the baby’s diaper in the restroom.”

“Oh, I’ve tried that,” her voice whisked him away like breadcrumbs after a gluttonous meal. “The restrooms are so unkempt on airplanes. And all these people using the same small space. Who knows when they’ve taken a shower?”

“Miss, I know that meals are not served on planes anymore, but our drinks and pretzels will be placed on the trays. Someone will be eating there, maybe you.”

And she changed the baby’s diaper. At least she did it quickly, not smothering the air with cooing and nursery rhymes.

“Here, would you take this to the restroom for me,” she said. For this, I opened my eyes – to see the young woman handing the bundled up paper diaper to our row’s aisle seat inhabitant.

“You’re kidding! I’m not touching that!” he cried.

“No worries. I’ll just get the flight attendant to do it” and she punched the call button with a lengthy pink nail.

When the male flight attendant arrived, the young woman chimed, “Will you take this trash for me?” I dared not open my eyes. Would duty take the duty?

“I’m not touching that!” he cried. His tone was shocked, incredulous, fending off this onorous interaction despite rigorous well-mannered training. I didn’t see which way he went, but I heard the swift rustle of his gabardine slacks.

So we sat and smelled, endured. Soon the bong that accompanied the seatbelt sign release sounded, the woman wrestled out of her seat, leaving the baby in our midst, returning swiftly to scoop it up with both hands. Now there were coos, cuddles, and content. Sigh.

There was no more chat among the people in our row, and the flight attendant who stopped by later with drinks and pretzels was female. I think the baby slept, while I tried to.

Flying is not what it used to be.