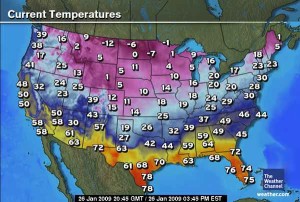 The winter season has passed and taken its weather with it. Weather happens whether we like it or not, so we grin and bare it. We are blessed in southern California because with weather we most often get to bare it, not  bear it. Ha-ha-yeah!

As you know we have many house guests, our friends and family from Elsewhere, USA. Winter is not the favorite season Elsewhere, so that’s when many visitors come. They are good people, but have sometimes suffered brain freeze…with symptoms such as these absurd jibs and jabs: