My First Car = Buckle Up! 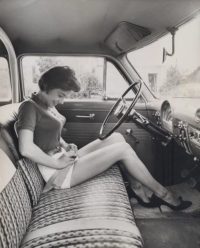 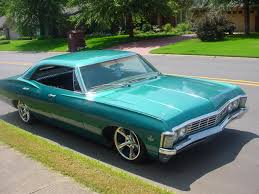 My first car was a ’67 Ford. Turquoise metal that glistened iridescent in the sun, rewarding my dream to drive. Independence, escape, self-determination, and mobility for my own choices.

The car had seat belts. Shoulder harnesses weren’t invented yet. It seems basic, but my car’s seat belts were rare. I wore them religiously.

Not as self-doubt, but dedication to self. A rule to adhere to. Despite what you think you know about me and my impish, devil-may-care self, I am ever and always a rule-governed girl.

Thus when I spy ‘Buckle Up’ reminders hanging above the freeway like a message from God, I feel shock.

It’s 2017, 50 years after my first auto, purchased near the genesis of seat belts to protect us from our instinct to abandon logic and pilot a car as if it were not a land jet. Something to not kamikaze into light poles, other motorists, and other hinderances to I-gotta-get-there speed.

The latest version of the admonition stated “Do it for your family”, digging into relationality and, hopefully, other-directed intention. Only in California the sign dispenses with logos and lights with letters which can be changed. A nod to the neon of Hollywood or to the rapid pace of riders who drive too fast to read, the signs hang above the multiple lanes, so they are apt to be notice and, maybe, just maybe, observed.

As a lover of rhyme as well as reason, my personal favorite campaign was “Click It or Ticket”.