Visit my author site https://www.pjcolando.com and note my slogan. Observe that exclamation point is represented in verbiage and sign:

“I am a walking exclamation point, eager to share the wit and wisdom of the Midwest … welcome to the neighborhood!”

Something similar to the exclamation point was seen in a manuscript from 1399, written by Florentine chancellor Coluccio Salutati. In that manuscript, the symbol appears to be the Latin interjection Iō (meaning joy), but the scribes placed the “I” over the “ō.”

Yes, I’m walking personification of joy! Relentless in my pursuit of joy rather than fame or money or any other form of flamboyance. Joy that affords abundant peace. 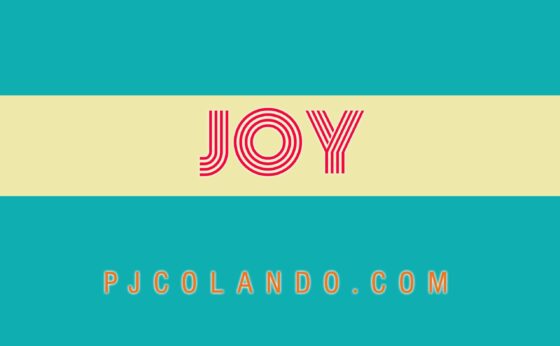 Lacopo Alpoleio da Urbisaglia was the first historical figure who claimed to have invented the exclamation point. This 14th-century Italian poet wrote Ars punctuandi, which translates to The Art of Punctuating,written long before present writing guides like Strunk and White’s. Perhaps he borrowed the mark from the scribes’ mistake cited above.

His name for the exclamation point was the “admiration point.”

Skip forward a few hundred years and the exclamation point is serving its excitable purpose for writers. A rumor goes that Victor Hugo, desperate to know the sales of Les Misérables, sent his agent a telegram consisting of only a question mark. As telegrams were priced by the character, the agent conveyed the rousing success with a single exclamation point. 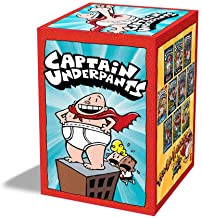 But F. Scott, who I admire greatly, never met the author who spoofed super heroes with this series of books and made beaucoup bucks via tons of fans.

While the exclamation point was popular in print, it didn’t make its way onto typewriters and keyboards until the 1970s. Prior to the ’70s, you would have to create it manually, by typing a period, then backing up and placing an apostrophe over the period — sort of like a semicolon flipped upside down. As you might surmise, Constant Reader )!), the exclamation point is one of my favorite punctuation marks… It shares a key with #1.

P.S. I’m glad that the monthly question is optional… I’ve got nothing to say about audio books. In that arena I am truly insecure.