Word Climbing: is it better than dumbing words down? 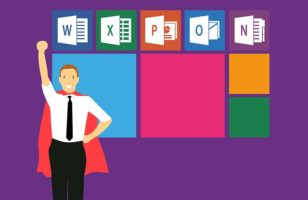 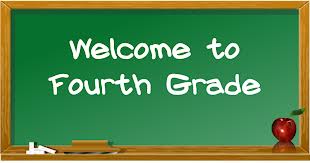 Do you recall a requisite of fourth grade English, the one to build a list of dead words to never use? My teacher, Mrs. Johnson, a svelte, distinguished woman who always wore black, instilled the notion in me. Very posh for small town Indiana, she was the wife of the basketball coach, who, in the Hoosier state, was nominal king of the town.

Back to the list of Neverwords, those written on a paper to be crumpled and trashed at her command. We were given a minute to write one or two. With great ceremony my classmates and I paraded past the mid-thigh trashcan beside Mrs. Johnson’s sturdy oak desk and plunked in our paper. Free throws, to use a basketball term.

It was our Fourth Grade English Reformation, but no one lit a match. My father, the school principal, would never countenance that act.

When we returned from recess, we found a list of ten words written in fastidious teacher print and boxed in the upper left corner of the chalkboard. Mrs. Johnson must have culled the trashed lists while we were out jump roping, the main occupation of our free time, and written them. Only she could reach that high.

The benchmark was set. Only fourth graders who sought to fail would ever use : good, very, nice, that, then, down, up, really, got, thing/stuff, adamant as a cop. Mrs. Johnson may have even extended her hand in the universal signal for “halt.”

Quick, name a powerful person who peppers his speeches with such useless trash. Many in our nation decry the lack of facts and common sense, but writers go further to decry the dumbed-down words. Politicians have, in my lifetime, relied on cliches and verbal stalls, but a new level has been stooped to. Hugely.

Another form of degraded language, a kind of counter balance, has entered the vernacular in these profligate talking head times. The suit-and-tied and dressed-for-success are the equivalent of pop-up stores, as new means to purchase goods. The men and women assume positions and spout them, often using verbal swashbuckling I call word climbing, the linguistic equivalent of social climbing.

That is, to augment the mandate to out-proclaim-and-influence, the revolving door of pundit word climbers use words and phrases that are unnecessary or obfuscatory to appear more intelligent, more thoughtful. One of the more common: “in terms of.” This means little, though we all know that, when a politician or salesman says, “to be honest“, that person is not. This foretells a break-up with me.

Another form of word climbing is mistaking and/or misusing words of many syllables to cultivate an intellectual air. This one piques my voracious love of vocabulary! I adore words, polish them up like apples, and use them (without a thesaurus) whenever, wherever I can. Sometimes malaprops can be employed for a comedic touch, but I think these linguistic killers are dead serious – !