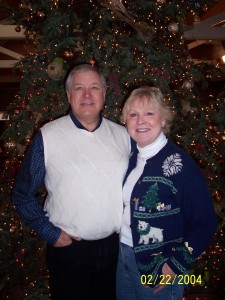 I am wired differently than my husband, Larry.

But that doesn’t mean that either is wrong or right – or assuredly male or female.

Or that he’s bigger and better, though I affirm that he is.

Or that either of us is left-brained/analytic vs right-brained/intuitive, though I must admit to stating with certainty that I’m a right-brained person with left-brain super-imposed.

That is, I am a creative, winsome upstart who wanted to be good in school (my father was the principal), so I learned powerful organizational strategies and adhere to them still. With several diplomas and certifications on my vitae, one can see that it worked out well…

Because of my field of speech-language pathology, I know alot about neurology and such. So, here is your mini-lecture for the week…neuropsychology.

Neuropsychologists know that the left/right brain artificial dichotomy may be the mother of all urban legends, begun, as it happens during experimental surgery at Cal Tech.

I know what you are thinking, Constant Reader, it’s one of those hare-brained, cuckoo-California notions…but it wasn’t Dr. Sperry’s fault. The fine print distinctions of his important research got buried in the vast mainstream publicity of the era and since.

A profile view of the head and brain provides an improved view of the truth: that the brain has a top half and a bottom half, divided by the Sylvian fissure. One of the important truths of Einstein’s intellectual prowess was that his brain had no Sylvian fissure – that is, that the top and bottom halves of his brain could freely work together to think and create. No compartmentalization for him: it was free-flow thinking full on!

The Sylvian fissure, btw, was named for a Dutch physician who first described it – in the 17th century. The Dutch gave us more than tulips, chocolate, and the notion of paying one’s own way on a date.

The top brain comprises the entire parietal lobe and the top portion of the frontal lobe. The area uses information about our surrounding environment to figure out which goal to set and achieve.

The small remainder of the frontal lobe and all of the occipital and temporal lobes are the bottom half of the brain, which organizes signals from the senses and coordinates the information with what is already known, allowing us to make meaning of our world. Language is housed in the temporal lobe, which is where my knowledge and interest fit in.

Finally, in this myth-busting post, let me disabuse you of the notion that you merely use 10% of your brain, as another popular theory states. You use all of it all of the time, each part working in concert with the other.

If you are wily, wise, and well-wired.