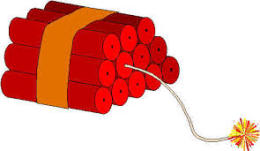 What do these two things have in common? Ka-Boom! 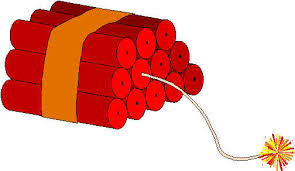 They were both birthed in Stockholm, according to Rick Steves, the travel raconteur of public television. He is a Baby Boomer, so we grant him instant credence, his wisdom earned via a well-focused life of world travel, like ours. We’ve been following his ‘Back Door’ travel plans in Europe for years.

What I also think they have in common is: their volatility. Both can blow things up! Just try bringing up Social Security at a multi-generational family event…you might as well light dynamite all around the room. Charged air: Ka-Boom, Boom, Boom!

It is difficult for some to admit that all great ideas are not American made, and not all agree that either was a great and necessary invention. Social Security is a US Government budget buster to some, a boon to many, a right to others… Dyna-right!

And, views diverge about dynamite and the other lethal weaponry of the US Military. If you’re not inclined to dynamite your gathering with the Social Security topic, just bring up the Armed Forces.

I dare you, Baby Boomers, Millennials, and Generation X, Y, or Z.

If you do, I’ll see you in Stockholm or other country to which you escaped. Sweden and its northern European peninsula mates, Norway and Denmark, are ranked among the happiest places to live in the world. We are returning to visit these countries next June.

Away, away, away! There is no longer security in social situations when people dynamite conversational politeness for politics. Seems like people are more skilled at topical warfare than noble peace prize earners.

Makes me want to go back to Turkey. 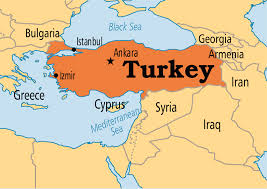 How was your Thanksgiving friends-and-family feast this year, Constant Reader?