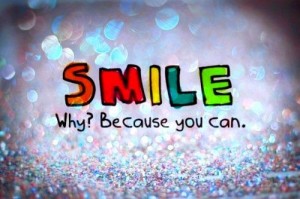 I have a collection of snow globes. There are about 25-30, I think. Some have music, some have movement, some have glitter and glamour. All sparkle with imitation, self-contained snow, gently adrift inside. They are loved and lovely treasures. Their display in our home throughout December and January helps me smile as I shake them with abandon, one each day. Bliss!

The collection began when my mother unearthed the one she’d given me at age 8: a Rudolph with his red nose. She brought it with her when she came to visit us in our new home in December 1979. We’d recently moved from the Indiana homeplace to sunny California. I missed the romance of new fallen snow and I missed my family. She gave me the snow globe with a smile and a hug, her flourishes of every encounter.

I began in earnest after receiving my Rudolph, adding a new one  to commemorate one of the amazing experiences that I’d had that year: seeing Lion King on Broadway,our  home remodel, a Christmas trip to Paris, marathon cookie baking.  It was reminiscence, potent yet contained – snow without the chilled air that covered up delight when the white fluffy stuff swamped the yards, streets, and mall parking lots.

I recalled that plump-flaked, fluffy snowfall was always filled with such potential, but the reality, grayed by cinders to make the streets passable under gray skies and naked trees was sensory numbing and made everybody grumble. Not to mention that all people outside their warm homes were swaddled beyond recognition to endure an outing through the shoveled-up muck. Grumble, grumble, grumble.

Yeah, I am over it. I now relish the red of Liquid Amber trees, stately, well-shaped trees shedding their leaves upon carpets of green grass, sprinkled and manicured in robust California sunshine. Family and friends who live in snow country come to visit with us often to escape the very real dreariness of snow.

I actually closed the collection when two friends gave me snow globes: Chuck, who passed away last year, and Mary, who moved away this year. I miss them and I miss my mother. Snow globes are filled with reminiscence.