Q & A with an author pal, Dennis Crosby 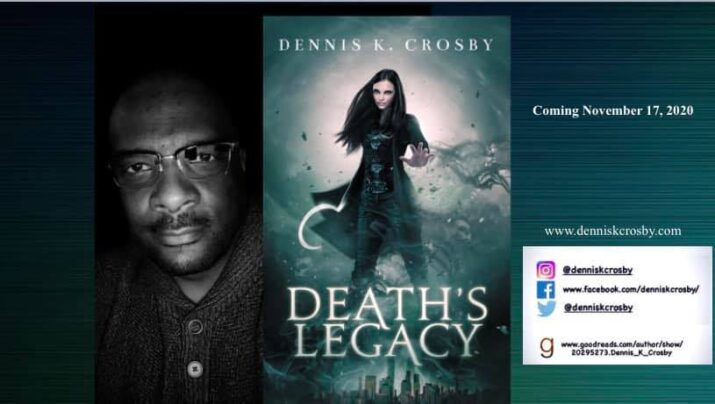 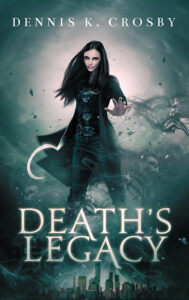 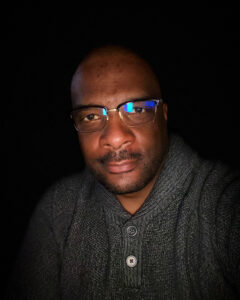 Well, there’s certainly something cathartic about it. It’s an amazing outlet for stress and anxiety. I’ve had days that have been so difficult that my only recourse for expression and comprehension was through the written word. For a long time, it was poetry, now it’s short stories and novels where the characters I create help me understand and process the difficult days I have and the world at large.

Completing my first novel, sharing it with someone, then reading the words, “this is a solid story worthy of publishing.” I worked hard on this, and there were many times that I was ready to quit…I’m rather good at that with some things. But it helped me to hear that I was on to something—that I had a story “with legs”. Seeing it through to the end, getting good feedback, then finding some people willing to help me publish and unleash it upon the world has made a tumultuous year quite bearable.

I met Danielle Harrington at the Southern California Writer’s Conference in February 2019 and it has been exciting watching her project go from thought to physical form over the course of a year. It was inspiring watching her develop a following, witnessing her release, and seeing her find success with The Diseased Ones. Now she’s in position to release the sequel later this year. I’m looking forward to watching her continued publishing journey. Jeff Pollak, author of First Second Coming, has also been fun to watch. I’m anxious to see what he does next.

It’s been a lazy reading year for me. I’ve been reading a lot of short stories this year as I attempt to strengthen that skill. But for long form, I recently finished Colin Jost’s memoir, A Very Punchable Face, and it was excellent. Next up is The Stranger, by Harlan Coben and The Faith Machine, by Tone Milazzo.

My pride and joy, Death’s Legacy, started out as a script for a screenwriting workshop I was taking. I learned from that experience, that I’m no screenwriter—yet. And I also learned that I truly have a difficult time condensing a story (as my attempts to write a synopsis will attest). Ultimately, I enjoyed creating Kassidy Simmons so much that I felt she needed a longer story, so I made it my grad school thesis, and then took it further.

This is the story of Kassidy Simmons—a woman who’s been hiding from the world for the better part of twenty years. She’s an empath, and a former Reaper—a being who transports souls to the afterlife. Two decades ago, she fought the leader of the Reapers, the Angel of Death, and defeated him. But a current rash of deaths, untimely deaths, is signaling his return, and Kassidy must fight through trauma and addiction, to battle him again, and return the rules of death to a more natural order. Along the way, she learns more about herself and her mysterious origins. Think of it as Jessica Jones meets Clash of the Titans.

Next up will be a novel called, The Last Titan. It will be related to Death’s Legacy; however, I’ll be introducing the world to Jaxon Burke. He’s got some very interesting challenges that will eventually tie him to Kassidy and I’m hopeful they will connect in a third book in the series. I’m also working on a couple of short stories that I hope to find homes in anthologies or genre magazines.

I’m a former private investigator, so I do imagine myself eventually diving into a mystery, likely some type of otherworldly noir. I’d also like to step into the world of Young Adult novels at some point. I’m a huge fan of Rick Riordan’s Percy Jackson series and I’d really like to try and create a world as fun and thrilling as he did.

I’ve always enjoyed writing. I was the kid that preferred essays and essay exams to the dreaded alternatives. I’ve always had a creative mind, and for years I filled and stimulated it visually—through movies and television. The spark they created fueled my desire to craft stories, and later, reading authors like Kevin J. Anderson, Robert B. Parker, Anne Rice, L.A. Banks, and others, gave me the courage to even entertain the notion of writing a novel of my own. As I learned more about the craft of writing and became more immersed in the writing community, I connected directly with some brilliant and creative writers and learned to appreciate and respect the complexities of the craft. That only made me love it more.

I think there were two important lessons for me. The first is the importance of getting involved in a writing community. Finding groups that I could connect with was invaluable. I not only learned more about the craft but about the business of publishing. While I’m no expert on either, I now have a network of friends to call upon…because I took a chance and got involved.

The second lesson, equally important, is the importance of patience. Whether your desire to write is rooted in making money, rooted in great storytelling, or a combination thereof, it won’t come from rushing the process. Learn the ins and outs of writing. Learn the rules so you can determine when and how you can break them. Learn from watching and reading others and recognize that a strong story takes time and support to come to fruition.