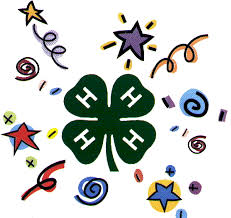 Back home in Indiana I reveled in all things 4-H. It was a way to fill the long hours of summer in a very small town.

Baking yeast rolls to perfection, stitching just so, and lumbering around in an old car taking ridiculous photos under the guise of art.

So attending the Orange County Fair and lingering over the children and adults’ exhibited wares had been a high point of summer ever since we moved here. A bit of roots relatability. 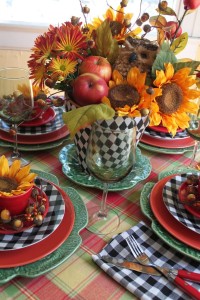 We entertained often in our home, and the artful crafting of table settings with fictitious menus for fiction guests appealed to me strongly.

When I entered OC Fair competition, the theme was Mardi Gras, which was the theme of my annual February birthday party gathering.

WIthin a week of my entry, a woman of some official capacity that I didn’t recognize and don’t now recall called me at home: “Don’t you want to rethink your entry and rescind it?” She was leading me to say “Yes”, but I did not. Participation had been a longing and was now a quest.

I puzzled over the call and pressed on. I purchased new dinnerware and cutlery. I practiced novel napkin folds. I invested in starry placards and finessed a menu from various cookbooks. I fancied, dazzled, created, and schemed. I had fun, though that cryptic call nagged at me. What could have been it’s purpose?

On the appointed day, my husband helped me to carry all of the supplies to the building. The attendant of the building admonished me for having a helper and hustled him off…despite my question to her about two women who were obviously teamed to perfect a table nearby.

Later when we attended the OC Fair, we held hands in anticipation as we entered the building. I perused the tables, finally locating my table setting exhibit in a corner. My heart sank as I circled among all the tables: mine was the lone exhibit without a ribbon of any color, nor comments from a judge. It was as if my table didn’t exist, my creative efforts were scorned. A sucker punch over an apparently innocuous hobby?!

And then it hit both of us. There was an ‘in-club’ of women who felt that Table Settings were their turf and, perhaps, one of their favorites hadn’t made the deadline. They wanted to include one of their own and, since I didn’t step aside, my exhibit was cut by another means.

It’s only Table Settings, not Life, but some of life’s hard lessons about inclusion, competition among women, and kindness not extended are learned when least expected.

All was not fair at the Fair.