Living Life as a Miracle: My Lazarus Dad 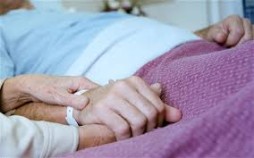 There are few words that can tilt your world faster than “You’re fired.”

Unless it’s “Your dad’s in a coma and not expected to live.”

Two conversational clips that I heard within an hour seven years ago. St. Patty’s wasn’t my dad’s lucky day – nor was it mine – in 2008.

That evening I was fortunate to be among Christian women, gathered in someone’s home to study The Word. One of the reverent members listened to my woefully entwined bad news and said, “Go. Go to your dad. He’s waiting for you.” I lifted my head in wonder, amazed out of my fraught-filled state, and went home resolved.

It took time to make travel arrangements – never mind the expense – but God was smiling on me: the school district’s spring recess was coming up, just a few days hence. My husband cleared his schedule as well. Since he’d lost his own father at a tender age, he and my father had magnificent rapport. They were thick-and-thin kin.

When we landed at Indianapolis airport, it was Friday afternoon, just as rush hour commenced. My brother-in-law picked us up at the airport, his grief-haunted face as tight as his hands on the steering wheel. “Give it up,” he said. “You didn’t make it. He’s dead.”

“Just get me to my dad,” I replied. Throughout the thirty minute drive, I glued my eyes to my hands prayerfully folded in my lap.

A half-hour later he dropped us off at the curb of the hospital, a place that I’d visited multiple times during my mother’s protracted recovery after stroke, followed by my dad’s string of medical miseries over the past year. The family had joked in awe that, like a cat, my dad had nine lives.

The elevator came at its own pace, as they always do. I stabbed the button multiple times as I’d watched men and boys do, craving a Star Trek ‘Beam me up, Scotty’ device. My dad was upstairs in the Intensive Care ward, comatose still after six days. My husband and I hugged and locked eyes in fretfully impatient, unison spirit. 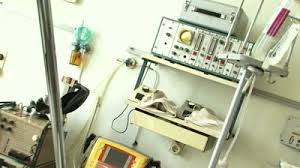 My siblings and spouses were assembled in vigil at Dad’s bedside, watching the dials like religion.

As if their eyes were on duty in place of medical devices and hands.

I ignored them, stepping boldly into the room, as I do most every room I enter. I was on a Mission from God.

I stepped next to the bed, standing as closely as I could, and draped my body across my inert father, to whisper in his ear, “I’m here, Dad. I’m here.”

And, then, because it is my way, I stepped past the hapless ring to the other side of the bed and repeated the phrase. I held the pose. Good hugs are a widely acclaimed specialty of mine. I give what I wish to receive.

I may have acknowledged my siblings and spouses at that point. I may not have. I was fiercely affixed to my purpose, firmly aligned with the Lord. I was present for my dad.

The next morning my husband and I awakened, readied, and hurried to the hospital after breakfast. We were the sole visitors – who knew where the others were…but they missed first sighting of the miracle: my father was sitting up in bed, greeting us joyfully, as if nothing at all had happened. Joking. Smiling. Full of life.

Living life as a miracle: my Lazarus Dad.