Living Life as A Miracle: Appliance 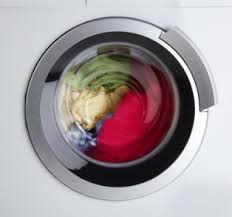 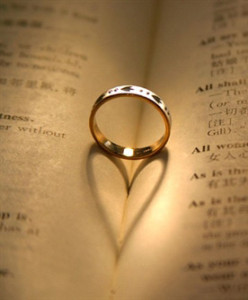 The first rule of marriage, in our union anyway, is that only one person can go crazy at a time.

Typically neither of us is crazed, needy, or implosive; we go easy on each other. Ours in a home of placidity, a stable base to walk among the wasted, worrisome, and wicked ones of the world.

There should be some kind of home appliance, furnishings, and paraphernalia rule, too: only one major tool on the fritz at once. Herein lies the tale of our recent hundred day siege –

The phone rang at 4:56 on a Friday afternoon, as we readied to dine out with friends. When my husband answered, the disembodied voice said, “I’ll be there in about an hour.”

My husband replied, “No, you won’t because we won’t be here,” smirking as he replaced the phone in the charger and then turned toward the closet to choose from among his festive Hawaii shirts. We were ready to cut loose.

Since the summer equinox, it had been a season filled with breakages. A deluge of disasters, when what we southern Californians needed was a deluge of rain.

Problems and situations had beleaguered our daily lives since we’d returned from our splendiferous Scandinavian holiday, as if to convince us not to vacation again, to punish us for the bliss. It felt like watching your last happy pill plummet down a drain, with lots of cash chasing it into the abyss. Reality was biting us on many fronts: cable TV, car, carpet, cell phone, drought, health, Internet provider, mattress, prescription contacts, printer/copier, travel hassles, and now:

The computerized control panel of our 2-year-old washing machine had refused to respond to my husband’s jab after he filled the machine to the brim, adding his new shirt after a Wednesday night shopping foray. Because my husband rarely shops, the washer’s abrupt malfunction seemed like another betrayal, another punishment. An errant appliance trick, a revolt that threatened Casa Colando.

My handy honey’s attempts to problem-solve (as when the computer refuses to obey a command, one just unplugs and reboots) failed, so early the next morning, he called Sears.

“No problem,” (which always signals that there will be, in our experience) said the operator. “The serviceman can come tomorrow between 1:00 and 5:00. And, as per policy, he’ll call an hour before he will arrive.” In music transcription, I think there would be a coda sign here to direct you back to the beginning: “The phone range at 4:56…”

Just for kicks, with nothing to lose when we awakened on Saturday morning, I punched a setting on the washer control panel, and – miracle of miracles – the washer worked. As if it was a toddler who’d thrown itself to the floor in tantrum, and our walk-away, wait-it-out strategy worked.

As if it somehow knew that it wasn’t its turn for a fix. We had other matters to attend to – and we did. Methodically, working the list, as we achievers are wont to do…while asking everyone we knew what washer they had/recommended. Not that we are decision-averse, but beaucoup data and time to process it with clarity helps to maintain the peaceful realm that we crave.

Three months passed. Many items were attended to, fixed, repaired, and life moved on, calamities lined up single file. When the most compelling life issue was resolved, the washer died for good. We had our buy list, Master Card balance paid, prepared to purchase.

The new washer is in its bay, accompanied, of course, by a new dryer, buddied up in matching color. The unreliable oldies were carted away. They’d performed their service to our household, now headed to recyclement somewhere.

‘God never gives you more than you can handle’ is an onerous phrase, a verbal slap that puts you into more emotional upheaval rather than release. However, in this case it rings true: God decided to give us a pass on one of the multiple technological issues that threatened the fabric of our peacefully ordinary lives. The solo calamity was clustered no longer; it re-emerged when we could address it more fully and not feel tremendously overwhelmed. Life as a one ring circus, if you will…

Life is a miracle if you look with wondrous eyes – and I do.