Life as a Miracle: Arena Rock 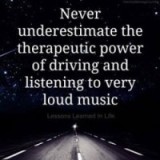 The guttural, low-toned chant of “Br-r-u-u-ce!” chilled me as it reverberated the Coliseum. Lar and I stood in front of our folding chairs, among others filing on the grass field to densely emulate chalk lines. The scene was not the Olympics, for these has passed through LA the year prior. It was not USC football.

It apparently caught Bruce Springsteen off-guard, too. He thought the thousands were saying  “Boo-o!”

It was high-octane homage for the man who “saved rock ‘n roll”, a mantra of worship from impatiently eager fans: “Bru-uuu-ce!”

He starred in our arena rock adventure, life as a miracle, a road trip of a different sort.

My husband and I were fans, when few among our age group were. Our peers were real sports, ferrying kids to stadiums or listening to Barnie tunes in their cars. The tickets were pricey, but, when a concert series was scheduled at the Coliseum in the fall 1985, we inhaled-exhaled and then plunked a bank card onto Meghans’ Tickets counter.

Yeah, a store front broker. No one-click automaticity yet, music lovers. ‘Twas thirty years ago: Bruce was younger and so were we, pre-Internet immediacy.

He and Ray, a co-worker, were working in the Valley, to be rush hour ensnarled in Lar’s company car. The guys were ‘Born to Run’, but LA freeways don’t allow that at the end of a work day. The concert would be their reward, coupled with wifely hugs – we’d meet-up at the stadium. Two needles in a haystack. Two guys with a ‘Hungry Heart’.

I rode from the OC with Paula, Ray’s wife, both wearing artfully ripped jeans and other concert garb. It was Ride Share Thursday after all. Our vehicle edged, bumper-to-bumper, amongst others in the clogged dance home. I think we had a cd – or a cassette, memory doesn’t serve here – of Bruce music priming our concert vibe.

I was dancing in my seat, Paula was not. Her eyes focused on the snaggled concrete swath, though she drove with a wrist casually arched on the wheel and a leg out the rolled-down window. She was toking, the better to cruise, my dear. I didn’t comment. Just sat there listening to the rock, hugging my seatbelt. LA traffic couldn’t flog our souls. We were headed to date night: our guys and ‘Bru-u-ce!” More details you don’t need – you’ve been in traffic before. 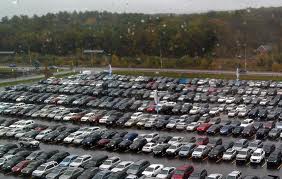 When we arrived at the Coliseum, Paula parked in the sea of cars and we set out. Trust that we’d spy them among 85,000 was all we had. No cell communique, no pink carnations in the lapel…love as a homing pigeon. Perhaps lust.

And, there they were. As if the Red Sea parted, Larry and Ray were spit out of Jonah’s whale, intact, smiling, eyes alight, ready for ‘Dancing in the Dark’.

War, what is it good for? (“Absolutely nothin’; say it again”)

My favorite song resounds differently within my soul: “Cover Me!” After you enjoy this concert clip, tell me what your favorite Bru-u-ce tune is, please.