My husband is the Dalai Lama of listeners 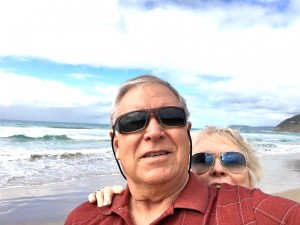 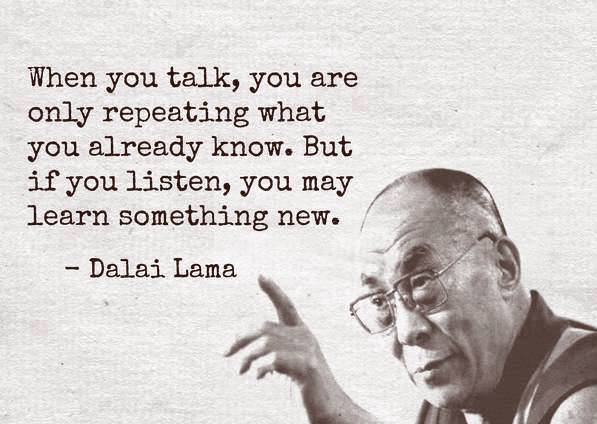 My husband, Larry, is a listener. Me, too. A frequent compliment for my writing is that “PJ Colando has a very good dialogue ear.” You don’t have to guess where it comes from. I’m dedicated, well-practiced, empathetic, entuned.

Yet, I declare my husband the Dalai Lama of Listeners. He’s better and often victim of his propensity to listen, his patience, his devotion to friends… when we have dinner parties, he’s often left out. Content to quietly cook and serve.

Not by me, though you may know me to be the loquacious sort, but by our guests, his male friends, and other cohorts. He seems to be the designated listener among narcissistic, often male, monologists.

When he’s excluded, at his own dinner table, by lout-mouthed guests… my blood boils for him,

So, dear people, though we are taught to not interrupters be, that is my strategy in such circumstances. I’ve even raised my hands, sometimes escalating to the interference of waving them near the face of the self-obsessed and/or other-than-inclusive speaker. The offenders looked shocked – seriously! Can’t they hear themselves talking, the loudest – and only – voice in the room?

As a licensed speech-language pathologist, I worked with thousands of toddlers. Many in the midst of terrible twos, many within the autism spectrum, some afflicted by apraxia. A fault of their neurological wiring, for which neither they nor their parents had blame. I intervened to repair.

As the kids progressed, conversation’s rules were among the skills I taught. While one should be Clear, Concise, and Complete, I taught to middle grade clients, the first rule at any age is –

And, listening is the better half.

My husband is second to none. Not in this house. I stand behind him. 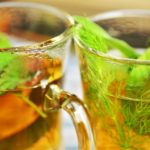 Let’s drink a toast to Larry, the best man alive.

He, and his listening, are my better half.

And, let this be your sage advice–

Larry is worth listening to. Do it.