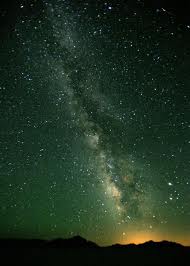 It’s  hard to be humble when you live in the Milky Way, part of a universe commanded into being. “Because I said so,” God would say if you asked, using every parent’s fallback refrain.

It’s important to be humane as well as human in our place in the uneasy universe. Life among seven billion earthly beings requires more than a bit of regulation and decorum. With full realization we try to live by rules. For example, we stop at road signs and traffic lights that are red. We walk across city streets within straight painted lines on the cue of an electronic signal.

These manmade conventions tell us why, when, and where to go, but not how. For that you need conversation with God, led by His rule book, the Bible.

We think of life being simpler eons ago: life moved at the pace of a walk, without rapid change, machinery, and devices. Stop signs shouldn’t have been needed – and yet people didn’t obey. They wanted their golden Baals.

A year ago, we walked among East Africans, on safari in the route of the Great Migration. The vast area was in the Great Rift Valley. Besides thousands of wild animals and birds, we saw where the Garden of Eden might have been and where Leakey found old bones.

There were no stop signs and few other road markings, but we navigated well through the fabulous terrain via an extraordinary tour company. We noted that we were in the company of native tour guides happy to give you their Christian names: Daniel, Joshua, Malakai. Life moved simpler there, though it was in the same millennium as our ‘civilized’ world: we observed African Christians fully given over to God, to the hope that believing brings.

We saw the Milky Way while in East Africa,

closer and brighter than in any of the 30 countries we’ve been.

It wasn’t hard to feel honored.