Don’t Project on Me 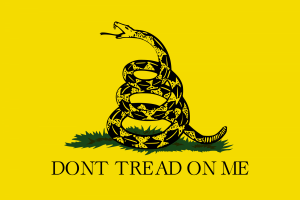 This is a famous flag from the American Revolution. According to Wikipedia, it’s called the Gadsden flag.

I plan to adapt it for my own: Don’t Project on Me. Call it the Colando flag. Ours will be aqua blue-green.

Perhaps I should tat it upon my sleeve, right above the heart that I wear.

Moving forward, with the theme of this blog post, here’s what Wikipedia states about Projection:

Psychological projection, also known as blame shifting, is a theory in psychology in which humans defend themselves against their own unpleasant impulses by denying their existence while attributing them to others.  For example, a person who is rude may constantly accuse other people of being rude.

Prideful people project bombastically, specifically, deridingly – dishing out ghastly crap. It’s happened to me throughout life. I’m that Tall Poppy you know. Years of parrying snivelly-snide bullying attempts to plunder my self, ante getting higher with each heart-stake.

I try to thwart, withstand, and understand, and then I walk away. I beseech, I checkmate, I pray.

Here’s more Wikipedia for you:

Bullying: A bully may project his/her own feelings of vulnerability onto the target(s) of the bullying activity. Despite the fact that a bully’s typically denigrating activities are aimed at the bully’s targets, the true source of such negativity is ultimately almost always found in the bully’s own sense of personal insecurity and/or vulnerability. Such aggressive projections of displaced negative emotions can occur anywhere from the micro-level of interpersonal relationships, all the way up through to the macro-level of international politics, or even international armed conflict.

Even purported reverents, in my experience. People who should embody godliness and Christian charity can offer up the opposite; bellicose mega-doses aimed at battering someone’s existence. Especially those men, so help me, God. A wolf bedeviling His sheep.

To quote Larry, the defender of my life, “PJ doesn’t play”:

Start you own project rather than pissing on hers/mine. Fervently have fun. Be too busy moving forward to wallow in unearned importance and pride.

There is no need: she/me/we are enough. There’s loads of wonder in this world! Share, Twist, and Shout!

World travel has absolutely validated that she is a Scot. Found her people in Scotland and in Australia, where many Scots migrated, either by choice or force (Australia was populated by England as a penal colony, as America had been before its revolution).

PJ’s also a little Irish…and don’t squelch the possibility of Welsh. Larry, of course, is Italian. With a sprinkle of German, like me. American mutts we are. 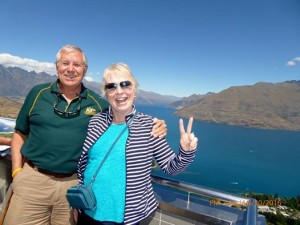 Today is our 40th anniversary.

We’ve got our own flag. And we’ve planted it high on a hill.

Bottom line, bah-dah-bing: being a bully who projects his nastiest habits and perversity won’t work on me, who abides in the One who is bigger than bad.

Go to hell, mister/blast her/sister. Shut up and play dead.