A Dash to the Stash: Colin the Squirrel 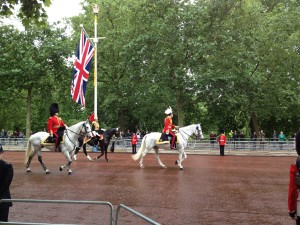 There once was a squirrel named Colin

Who was not in the habit of lollin’.

Gathering healthy nuts all in.

It was a rainy day, but when wasn’t it?

Few others were out

So he felt extra clout

As he selected a plump acorn and bit.

Down the trunk he dashed

Over the slurry he darted

Spaces that he’d traversed before.

He’d timed his trek between autos and horse,

And the occasional pedestrian, of course,

Judging their speed to the second, 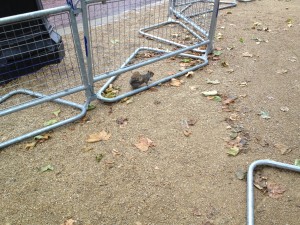 But what was this solid barricade of humans?

Their feet weren’t moving to walk or dance

But the obstacles weren’t going away,

Colin wasn’t nuts but he was determined, so he took a chance. 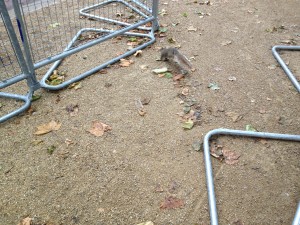 He scooted, he lept, he made it to the big tree.

Up he zipped and out on a limb to see—

Why, it was Her Majesty, their Queen,

In gold, lace, and diamonds all asheen,

That throngs came to glimpse in ecstasy!

Colin plunked the nut in his stash…

“God save the Queen – and the nuts who stand in rain to see her.”