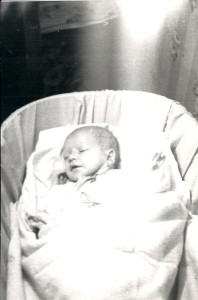 It’s been a remarkable year, with most of our friends and family back East snowed in and under by weather: withering heights of snow, entrenched anxiety and disheveled spirits. Daggers of ice dripping from eaves, threatening to drive stakes into Spring. The calendar may have turned over a new season, but Mother Nature isn’t giving up the Big Chill yet.

A similar season of blizzard tried to embalm the earth many years ago. It was a still night, the 7th of February, near 7:00 p.m. My father trudged several miles because his ancient car wouldn’t start.

The wind whistled in his ears, but he whistled his own tune anyway – my father was skilled at that. Musical notes to warm cold hands and feet, carrying him closer to me and my mother.

While the world was quiet outside the weather-sealed doors of the hospital, my mother and I wailed my way into the world, a birth process that obviated the father as participant, forgetting his primacy months ago. My mother and I remained in the hospital 7 days, such was the beat of the times.

Still cringing from the war-to-end-all-wars, my dad wasn’t certain he was ready for this. He had no career, no money, no path – beyond the one to-and-fro the hospital and my maternal grandparents’ house.

I happened anyway – and off we went to college to start, when my age was 6 months old. I have the red crayon-scribbled Calculus book to prove how integral I was to the collegiate process.

The photos of a happy little family, living in a Quonset hut, scrabbling together, me as latch-key kid, are hidden among my archives, but I found one of me at three weeks old.

And this photo of me wearing my mother’s mortar board at three years old. Let the math inform you of how good at completion my parents were; poverty is an excellent motivator. 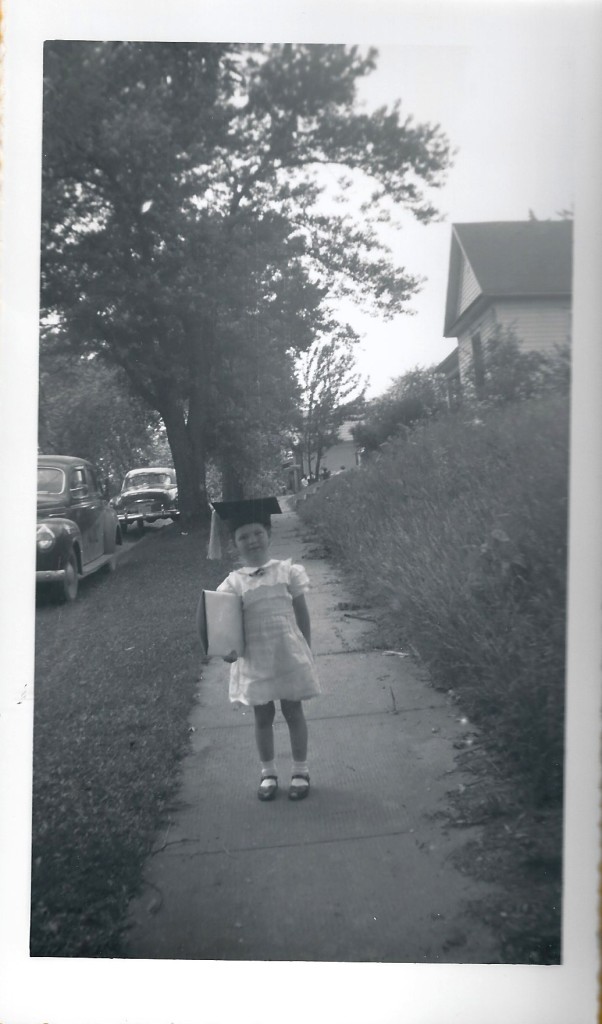 Today was my mother’s birthday. The snow of yesteryear is gone, replaced by trickles of rain down my cheeks. It’s okay; California needs rain. I am fostering weather, whether I like it or not.