Ambivalence pervades America. Fear lurks, invading souls. As peers freely spew hate-filled rhetoric, I long to invoke my freedom to plug my ears. Perhaps that’s why so many younger folks walk about with earbuds…

In fact, divergence of mind set and values was embedded in our country’s DNA. Our founding fathers were a bunch of experimental roustabouts, polarized yet able to work together despite polemic zeal.

I feel up-ended, too. Out-of-sync, in the quick sand of change, my inner gyroscope not up to the demands of coping sometimes.

I am doing my best to adjust to cultural earthquakes, accelerated way beyond the Mayberry RFD pace which typified tiny town America where I grew up.

After all, I am a child of the ’60s, which were really the ’70s, as those of us who were there truly know. Especially in Indiana, where I went to college at Purdue. Among engineers and math whizzes in charge of algorithms now.

I pierced my ears a few weeks into my first semester at Purdue, a custom of the hippie times. My father chided me when I went home at Thanksgiving break, calling me, “Gypsy”.

An engineering date posited that the wind would whistle through my ears’ holes if I didn’t wear earrings and insisted that we conduct the experiment to prove it.

And, he soon wasn’t the boyfriend anymore. I didn’t have nothing to prove to no man no how. I was feminist up to my ears.

Single earrings were replaced by several as the fashion trend. Then body piercings were fashionable, though not in my age-group or ‘hood. Apparently most piercings were hidden, so tattoos’ wearable art bloomed, transcending that edgy one-upmanship. 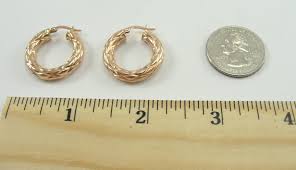 My fashion history has always favored wearable art. I love the jingle-jangle of bracelets, bling on the arm, sparkle on the fingers and toenails.

Despite my open-minded attempts, I find myself pondering the mind set of those who adorn with tattoos. The single needle prick of ear-piercing – twice endured – was enough pain for me, as well as the pin pricks of multiple blood draws and inoculations ordered by docs.

Immersed in the ‘March Madness’ of basketball as this household was, I noted many tattoo sleeves, just like the NBA. Did you know there were wildly divergent purposes of tattoo sleeves?

I discovered that there’s been a website for several years for employees such as that young man, apparently because well-tattooed young people enlist in the military

I’m not ambivalent: still seems sleazy to me…rat-a-tat-tat is not my drum beat.