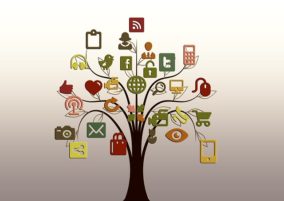 A friend passed along a quote from an article in The New Yorker magazine a month ago, soon after the election that rock-em-shock-em freaked out the world. Citizens, not merely American ones, endured a year-and-a-half election cycle that devolved devlishly daily. Rancor and malice and rashly fake claims, damning accusations and more, complete with finger pointing and openly predatory stalking on a stage…and the bully was rewarded for his callous defamations. Yikes! He won!

Clinging to sanity in this hyper-holiday season, read on. Let’s grieve together, okay?

Take a deep breath. Ready, begin. “…Until recently, religious institutions, academia, and media set out the parameters of acceptable discourse…it ranged from the unthinkable to the radical to the acceptable to policy,” the article stated We had choice endowed by our country’s policy of freedom of thinking and speech, but there were filters and modulators in place.

“The continuum has changed. Had Trump said the things he said during the campaign eight years ago—about banning Muslims, about Mexicans, about the disabled, about women—his Republican opponents, faith leaders, academia would have denounced him. ” Quotes from the article, not me.

There would be no way around those voices in yesteryear. Each of us had a parent’s voice chiming in our ear, or a God that compulsed us to ‘be nice.’ The world family was intact. Common courtesy and decency and respect were engrained.

Now, through Facebook and Twitter, one can circumvent restraint. There is social permission for this kind of discourse. It’s almost flaunted in fact.

Plus, through the same social media, you can find people who agree with you, who validate these thoughts and opinions. This creates a whole new permission structure, a sense of social affirmation for what was once thought unthinkable. Courtesy has collapsed…into a cesspool of intimidation and strife.

I was taught to “speak truth in love” and/or to ask “Would you like some feedback?” before verbally informing a person of something they could change, being forthright, yet unfair. No verbal assault allowed among peers, managers. and friends. 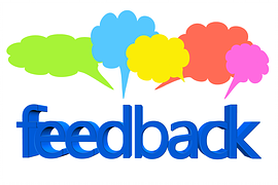 Social media has impacted the way we interact with each other. The relative anonymity afforded to online discourse has emboldened people to forego relative common decency (follow any comment thread to see how quickly it devolves). Many wanted to be ‘Trumpettes’, kicking other people’s asses with hot air.

It’s instant. It’s “live from New York”. It’s a result of the manner in which Trump chose to handle himself over the course of his campaign. His winning strategy was full-frontal assault. Yikes! He pulled a loose thread of society’s fabric… let’s hope the whole thing doesn’t fall apart like the hems I assiduously sewed in 4-H.

It’s the new forthright and it’s no fault. But it’s caused me to fear… What can we do about it, friends?