Preview of The Jailbird’s Jackpot 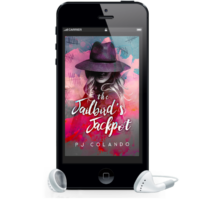 This is your introduction to Bad-Ass Amy, the walking-stalking protagonist of the separate-and-equal sequel of my award-winning book, The Winner’s Circle…

Amy’s entrance in Traverse City, site of Travis Castro’s bar, was not as quiet as she’d intended. The brakes of the truck, in which she’d hitchhiked, screeched and its exhaust belched to foul the air. She felt like Sousa’s Band had announced her arrival.

She sailed across the street, an angel of vengeance, a stalker of right. She’d arrived to redeem her life in over-bright daylight. The sun baked. She wished for a hat to complete her disguise as a vigilante cowboy.

Amy thrust her hips ahead, squared her shoulders, and stepped forward into the first chapter of her new life.

She twisted the bar’s door handle. The door swung open on rusty hinges. It probably needed oil as much as its inhabitants. Was the entire world outside of prison unhinged and odd? If so, Amy figured she might fit in.

She entered, entitled and bold, a romping, stomping chicka who’d scraped and elbowed her way through life, actions which fostered a star turn in a roller derby league years back. A moonlight role for a bank V.P.

Those stints as Bad Ass Amy brought a secret self to the fore. Her spine rose to the occasion. She stood near six feet tall. Inches higher in boots. When she stomped to loosen the road dust, the noise on the wood threshold stopped the bar inhabitants in mid-sip. Arresting. As Amy acclimated to the altered light of the bar interior, the Eagles’ hit, Hotel California, corkscrewed her inner ears.

It wasn’t like Amy to judge, so she hedged. Someone merely had a poor sense of proportion. Maybe the array extended the bartender’s pours, put ideas in his barflies’ heads. She knew Travis Castro to be more egocentric and profit-motivated than she.

That wasn’t a judgment. It was fact.

A tentative look at the floor assured Amy there wasn’t a spot she wanted to step onto. Going forward would be tough. The soles of her boots were an unreliable barrier to germs. A deep breath brought not the resolve she sought, but scents of beer and male sweat. She fought her gut’s impulse to heave.

Now she judged. An all-male lair, no feminine parity in sight. TV sports blare mingled with raunchy Country tunes. Sixteen tables, five booths, a patch of grungy linoleum used as a scrappy dance floor on the side. A stripper pole, its brass marked by fingerprints that would make the local crime scene investigator salivate, stood like an Oscar for anyone who chose to perform.

A voice hollered, “Shut the damn door!” The large Pabst wall clock, tick-tick-ticked noon. Amy’d left the Michigan Pen at 7:00 AM. She hoped she was ready for societal re-entry and her pursuit of revenge.

The proprietor didn’t run—or dig a gun or ball bat from under the bar. Amy rooted for a bat, which would align with the baseball cap he wore askew, Eminem-style. Grim-faced, he busied himself with the endless task of washing glasses, flavoring it with body tension Amy recognized. 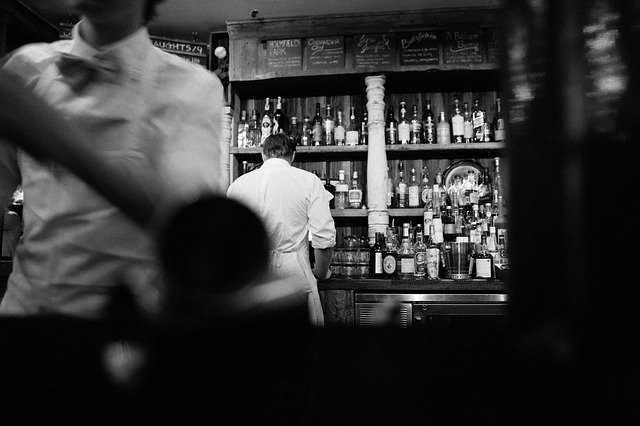 Amy despised doing laundry, yet she willed herself not to empathize.

She strolled into the silence, released her hands from her jean pockets, and gripped the bar, wearing imaginary gloves. She wanted Travis to remember.

She wanted him to get the gist.

She tried for a classy and assertive lift of the chin, but the mirror behind the bar revealed her failure. Too long in the clink to recoup the pose without practice, but a default to sassy wasn’t bad.

Wordlessly, Travis clanked two empty glasses to the bar top. “One finger for me,” he said as he poured. The sound of the liquid snaked down Amy’s spine, liberating its tension before she tasted a drop. She’d just ridden three-and-a-half hours in a semi, boring a hole in the driver’s head to keep his hands on the wheel.

Trav tilted his head, allowing a glimpse of the malevolent look the ball cap hid. The misgivings were mutual. “The middle finger for you, Amy.” He bit each word off, like a raven ripping at a piece of stale bread.

Amy was flat-ass mesmerized. The chip on her shoulder slipped. She nearly capsized at the knees. Game on. He’d won.

She missed his kiss, his lay of the land. Her resolve collapsed, yet she stood. Her need for revenge over-arched fond recall.

Travis gulped the whiskey and grinned. Stuck the glass in the wash bin and languidly sloshed it.  Lifted it to scrutinize her through its formerly spirited lens.

Travis twirled to set the glass back into line on the slim bar shelf, soldiers at the ready. She ignored the booze he’d poured her. She wasn’t about to get turnt on her first day out.

Amy tucked the lone lottery ticket deeper in her plain cotton bra, enjoying the salacious look of every lone wolf in the bar except Travis. He swiveled slowly, a smooth dancer’s move on his boot heels. She noted the boots’ wear, the down-on-his-luck lack of shine. Perhaps he hadn’t prospered after all.

Amy stone-faced while he nudged his ballcap, the better to check her fully. She watched while his index finger pulled an imaginary trigger in her direction.

To take him out.