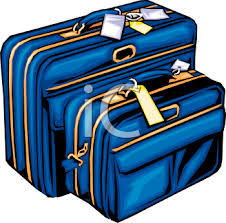 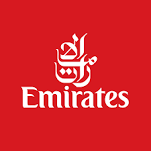 Business Class from LAX through Dubai to Africa and back. It was sublimely awesome in every way, not the least of which was that we had time to sleep – with a perfectly-sized plump/firm mattress laid atop the fully-reclined seat. Oooh – spoil me, do!

It was a financially calamitous time for Air Emirates: their entire new fleet of planes was grounded due to a Rolls Royce engine recall. The flight schedule was reduced to one daily non-stop from LAX to Dubai. The company and the country relied on the revenue: apparently many Beverly Hills babes flew to shop. Some were on our flight, giddily sipping champagne as soon as they stowed their (they told us this fact between giggles and sips) empty bags.

An airline rep visited our travel agent the day after we booked our African safari, coincident to his efforts to book our air travel. The fare was the same as Delta and American – Holy God-incidence, Batman. What’s not to like about that: “Book ’em, Danno.”

There were four segments to the trip, and we received a goodie bag of toiletries, tucked in a cubby on each flight. Larry’s four bags full were styled with leather; my female versions were plushly lined with white satin. We used nary a one because we were encamped under fleece blankets, suede eye shades, atop those mattresses. Wouldn’t have felt a pea if one had been placed on the seat! It was as if the Arabic Sandman dusted our eyes, bookending dreamy sleep with gourmet meals and a first run movie.

When we returned home, I gathered the bags, made room for a Fibar, and stowed them in my car, within easy reach of the driver’s seat – which isn’t difficult in a Mini. Voila homeless kits! As you know, I give for a living, so this re-purposing of the goodie bags is basic business to me. In our arena, good intentions reign.

British Airways added two more kits to my stash this spring, zipped up and ready to go. 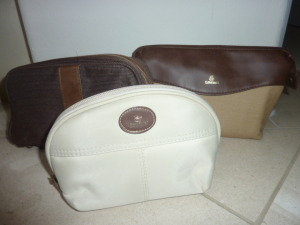 However, I am the ‘little old lady of Irvine’, a writer who seldom travels more than 5-10 miles daily, most often on suburban streets. I still have five kits in my car.

But, poignant upon poignant: I recall the face of each person I handed a bag to, looking into their eyes, with “I care about you”. Most importantly, the young, leggy blonde on the freeway offramp, looking like she belonged at the beach and not a freeway offramp edge. If there’d have been a place to pull over, I’d have scooped her up and driven her to a shelter.

Then I would have been a true member of God’s Emirate.

Did I mention that Air Emirates sent a limousine to take us to-fro LAX. Yeah, membership of the American middle class has its privileges: I am a semi-retired worker bee.

I had business class, but I endeavor for more human class. To share my life as a one of God’s miracles, able to bestow upon others the privilege of a salvaged, wholesome life.

How do you serve the less fortunate among us on Earth, Constant Reader?