Living Life as a Miracle: at the Airport AGAIN! 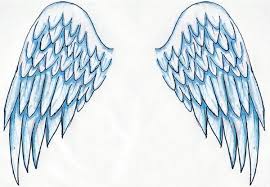 There was a time when my husband flew so much on business that he could have sprouted wings.

After all he is ‘the best man alive’, my angel.

As he did his sales work in Elsewhere, USA, he amassed so many frequent flier miles that, even after his seven years of retirement, we still roust about the country on points.

Imagine his surprise when we boarded our flight in Dallas, when he recognized the man in ‘his’ seat: a younger colleague that he mentored into his former position as National Sales Manager. Both were elated – whoopee!

Because the flight was packed, there was no opportunity to converse. Frequent flying ‘pros’ like these two men have rules that they invoke, like not standing in the aisle to impede a drink-serving flight attendant, loudly regaling and laughing at each other’s insider jokes. Loud louts they are not, never were.

But after we disembarked, there stood smiling Greg – and he readily offered us a ride to our home! God in the moment because we had no other plans except a $20 cab ride with a smelly ethnic man.

The conversation migrated among topics, a little of this and a little of that. Though we hadn’t seen him in years, he remembered our address.

Yes, he still lived in Woodbridge, the central village of Irvine, and his daughter, with whom I worked long ago, was a senior at a private Lutheran school, intending to pursue a career in art.

Yes, we knew that school. It was, in fact, supported by our Lutheran church.

Oh, that church, Greg said. I pass by there each day that I take my daughter to school. I’d not known it was a church on the corner before: until the tall trees in front were felled and steeple with a cross erected. 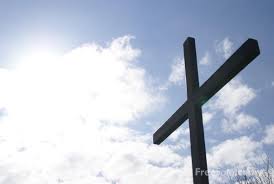 The church, with its new sidewalk undulating to the street sidewalk and wide open wrought iron fence with gate, seemed to now extend arms into a hug to greet newcomers. My wife and I were talking about attending a church and, now that we know you attend, we will come next Sunday.

My husband beamed at this double work of our Lord: re-uniting him with a cherished co-worker with whom he’d drifted apart. The busyness of a traveling sales job and disabled child can couple up on a person, driving him into a cave. Lar understood.

But he also understood that there’s no better place to walk into than the house of the Lord. And, his steadfast work at the helm of Facilities who steered and engineered the church edifice refresh was validated by a friend, who now walks in with him and me. Transported home.