Life as a Miracle: Dr. John 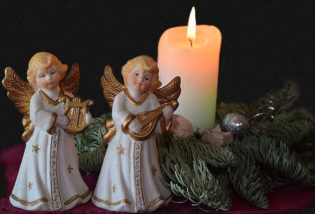 The first person I told was Dr. John. Just inside the door of his home.

His eyes softened instantly and he paused. My entry demeanor was not typical ‘let’s party PJ’, though that’s why I’d come. He hugged me lightly, folded his arms across his chest, and then cocked his head.

Composed. Listening. Fully focused on my machine-gunned gushing, hardly a breath taken as I spilled my concerns and then set down the desserts I’d agreed to bring to the Christmas party.

Intuitive, friendly, and patient listening without question or interruption. My husband’s plight was the sole item in his sphere for those moments, his ultra-bright physician’s mind cataloguing, computing, and likely diagnosing in real time.

After all he and my husband have been Bible Study buddies, road trip mates, slogging through Orange County, Ca traffic for a dozen years. He’s likely heard some precursor symptoms in their casual ride share chats. My husband was seldom ill, so any semi-complaint would stand out, a memory easily refreshed.

Four days later, Just after lunch, my husband had dialed 911 while I was mid-text with a sister. A bold show of his medical need. He texted Dr. John and, after I shared with my sis, I called Larry’s Internist.

The ambulance ferried him away and I followed in my car. At least the parade was slow…heart attack had been ruled out by the EMTs. 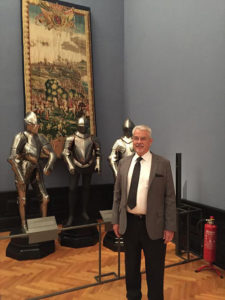 “What are you doing out here?” Dr. John exclaimed as he entered the ER waiting room 45 minutes later. “Let me see if I can find an examining room.”

After our ER check-in, basic and payer info given, Lar and I’d been booted to the waiting room. The place was impacted by colds, flu, heart attacks – though no gun shots or stab wounds. No violent shrieks of pain – Larry was forbearing his. Teeth gritted and grim, gutting it out as required.

I focused on yoga breaths, glued to his side, quelling my despair. My eyes were swinging across the pages of my book, but not a word was read. Larry remained as inert as he was able, to contain the pain. Minutes passed, far less than the days of the past long weekends.
Hope had entered the ER.

It’s a cautionary tale to those who will repeal the Affordable Care Act without replacement, a safety net. At the dawn of this century the burden began, hobbling effective ER care by volume. People who didn’t have insurance clogged the ER system because they had nowhere else to go. Medical intervention by trauma care was not the way to go… and it’s looming again. God help us, please.

But I digress. I often do. Call it a blonde thing, a Boomer-aged thing, a fearful-for-the-future thing, a whatever-you-wish thing, but my breathless tale comes with a point.

Dr. John, my husband’s longtime friend and Bible Study buddy, intervened in the ER when the cavalier care did not. Dr. John, aka Cadillac care, saved my husband’s life. Yesterday’s post to this blog recounted the harrowing sequence of ill health and happenstance care.

Thank you, Lord. Life as a Miracle, delivered by your servant on earth. Dr. John.