HOW LONG DOES MEMORY LAST? 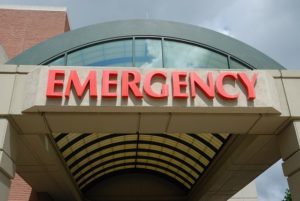 A few nights ago, a firetruck with its four-man firefighter crew, followed by a silent ambulance, entered our quiet cul-de-sac just after 10:00 p.m. There was no siren to disturb the peace just the burble of bright and winking lights that slipped between the shutters’ slats in our bedroom.

Prior to the major remodel of our home in 1991-92, our Master bedroom had been a two-car garage, so that our bedroom is twelve feet proximate to the curb. Typically, it was a solid, restorative spot to cocoon after a hard day.

Within seconds I called myself into action. My adrenalin surged as I donned my slippers and robe and scurried out the door as quickly as my weak ankles and knees allowed.

I hung in the shadows of our Magnolia tree, on the perimeter of the furtive action.

Not to gawk, interfere, or to spread neighborhood gossip, but to be a silent observer. To lift up prayers, as needed, for our elderly neighbors as they were ferried away to the hospital for treatment, the wife strapped in a stretch, the husband quick to follow in his car.

It portended to be ‘hard day’s night’ for someone.

There were no stars amidst the cloud cover, though the moon was already witness to our cul de sac scene. A silent sentry to the rhythms of life, the ebb and flow of high and low points of life. I brought my palms together and hoped, lifting my prayers to the Lord.

The next morning at 7:30 the city street cleaning machine scrubbed the street, as if to expunge the memory. What an unwelcome metaphor for the brief moments in which we all exist in the great universe. A cause to ponder one’s existence and impact—or not—on Earth.