If You Give a Writer a Pen… 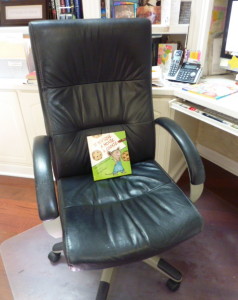 In my pediatric speech-language pathology practice, children’s literature was an integral therapy tool. Its use validated the spoken words’ link to reading and fostered parent follow-through at home.

So, I know a thing or two about famous children’s books. Ones that endure to be prime. Laura Joffe Numeroff wrote a series which began with If You Give a Mouse a Cookie. The series made practical and present an important cognitive principle: if..then causality.

Consequences, one of the staples of life, is something of a theme in my novel STASHES. If you read STASHES, then you’ll find out what went wrong in the farce.

You may recall that I got a new pen for my birthday. If you don’t, you may read about it here The Seven Year Pen. If imitation is the sincerest form of flattery, which I feel it is, here’s my penultimate praise for Laura’s vaunted series of books:

If you give a writer a pen, she’s going to ask for paper…

When you give her the paper, she’ll ask you for a desk, sequestered in a private space of her home.

If you give her a desk, she’ll ask for a chair. A padded leather one with arms.

In that chair, that swivels and rocks and rolls, she’ll sit in it for hours, occasionally penning a line.

When she writes a thousand words, her fingers will cramp from the blather,

The cramp will spread to tweak the wrist, so she’ll ask for a desktop computer, preferably a Mac.

The Mac, with its easy computing, will prompt more hunting and pecking words, and she’ll find an online writing class in which to enroll.

The class will further focus, flog, and funnel words into a 2500 short story eligible for critique.

When the critique group lauds a story, exclaiming, “This ought to be a book,” she’ll set this intention and work.

In the endeavor to write a book, she’ll seek more seminars and critiques,

To ease through some of the critiques and spur further creativity, she’d take a toke,

Which feels groovy… more and more money will be spent. 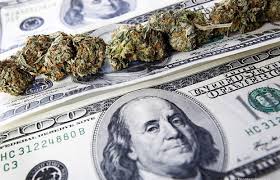 If thousands are invested in writing, she’ll feel pressured to sell the published book.

If she feels exhausted, the creative muse will feel constrained and cry out for more dope

To which the saner self replies, “Get a laptop with that money instead…”

To write the second book.