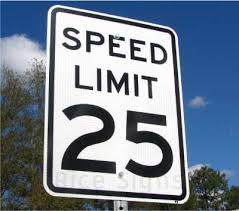 Summer has officially ended in CA. Not because of weather, because seasons are irrelevant here, but school starts tomorrow. Mothers and fathers throughout the state are as elated as their kids. Structure has arrived!

So, at a neighborhood party this past weekend all conversation revolved around school, despite the fact that neither my husband and I are teachers nor do we have children who attend. We value our friends and are dedicated listeners both.

The talk cycled around the latest clothing trends/demands, teachers desired/not, summer travel/demands. The topic that evoked this high memory blog post was drivers’ training, long an option for which parents paid for their kids’ summer participation in CA.

Freeways overloaded with ‘the pros’ who must trek back-forth to work as well as terrified tourists who know their freeway exit not a moment before they dart across three lanes with a gaggle of cute kids in the back, now extended their concrete welcome, albeit in small ‘bites’, to teens who’d never (legally) driven a vehicle before. (whew- yes that’s exactly how it feels if you are driving nearby) Doubly affirms my decision to stay home and write.

Let me scene set with an ear worm: It was the summer of ’69…

I was young and restless and in a ’57 Chevy, a four-door car with a double brake. A blue and white beauty without rust freckles from snow-clearing chemicals in Indiana–with the crewcut basketball coach and two of his star players. The tall, blond, and well-muscled basketball coach who thought he was the lord of the school while my father thought he was.

Dad was the principal of a K-12 school housed in two buildings, with the gymnasium (shop, home ec, kindergarten, and players locker room housed underneath) equaling the size the the fifty-year-old structure that housed everything else.

The coach stopped our troop vehicle on the side of a gravel road, the weed-choked drainage culvert nearby. The only good thing was that there were no other cars about. Engine turned off, the car was parked on an incline. Did I mention that it had manual steering with a clutch. An object that I’d never stepped foot on before.

The hand brake, which I’d never touched either, was engaged. And I was a weak-wristed girl. A pale-skinned redhead who spent most of her time indoors to avoid burns. Well, as the oldest girl, I did lots of chores, alternating them with reading books. Among the many books I read, unfortunately, there was no drivers training manual. I doubt if there was one, just as there’s no manual for iMacs.

The coach signaled that it was my turn to drive.

Did I feel threatened? You bet your later feminist achievements, I did.

I opened the back seat door, exited, gingerly opened the front door and slid into place behind the wheel. Before I gripped it, I grabbed the hand brake, cocked between me and the coach.

No give. I tried and tried and tried. I could see the coach command the back seat boys not to guffaw; he disengaged the brake and grinned. I wondered where his magic button was, albeit briefly, because it was time to begin.

The coach leered a little as he handed me the keys. I put them in the ignition switch and turned. The car purred to life.

I put my left and right feet in proper place, on the clutch and brake and slowly-slowly-slowly achieved the deed. I did not smugly smile.

I put both hands on the wheels, at 2 and 10 back then, and stared straight ahead. I glimpsed the rear view mirror, praying not to be undone by smirks. I listened for the coach’s cue of what to do next, turned on the blinker, and turned right. Where we were headed, I didn’t care.

My dad was proud, but his face turned really-and-truly red as I recounted the tale. It was as clear to him as it was to me: I’d been hazed…

But I didn’t clutch.