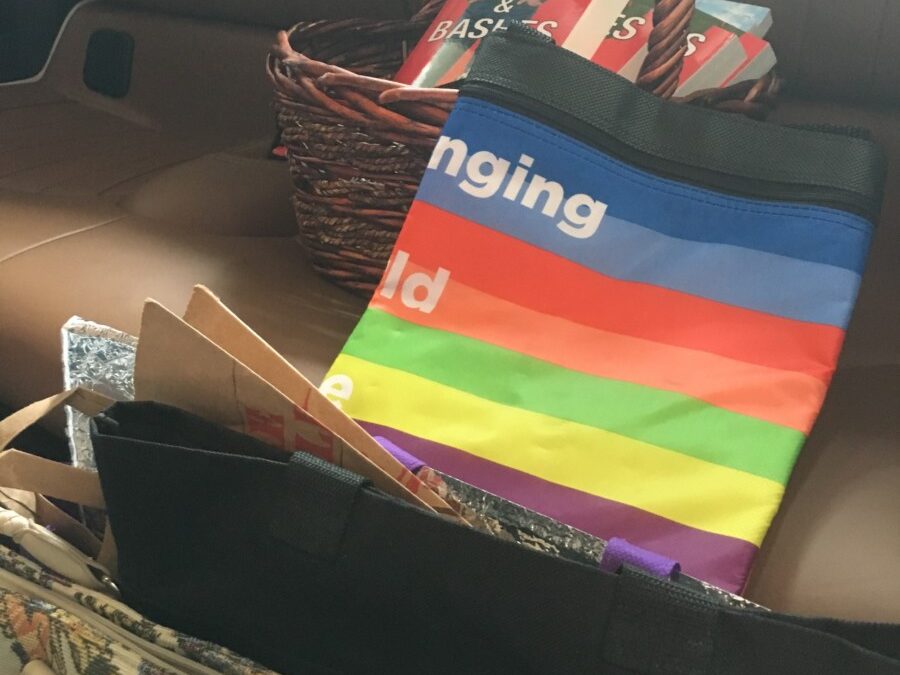 “I have bags in my car,” I frequently say at cash register counters these days. My united state enacted a law to reduce littering via small plastic bags nearly three months ago. To cut trash ‘we the people’ levied a small fine. It was intended as final inducement to change consumer behavior where ad campaigns and slogans had failed. An negative consequence to foster a good one. Protect the environment and animals, including us human polluters. 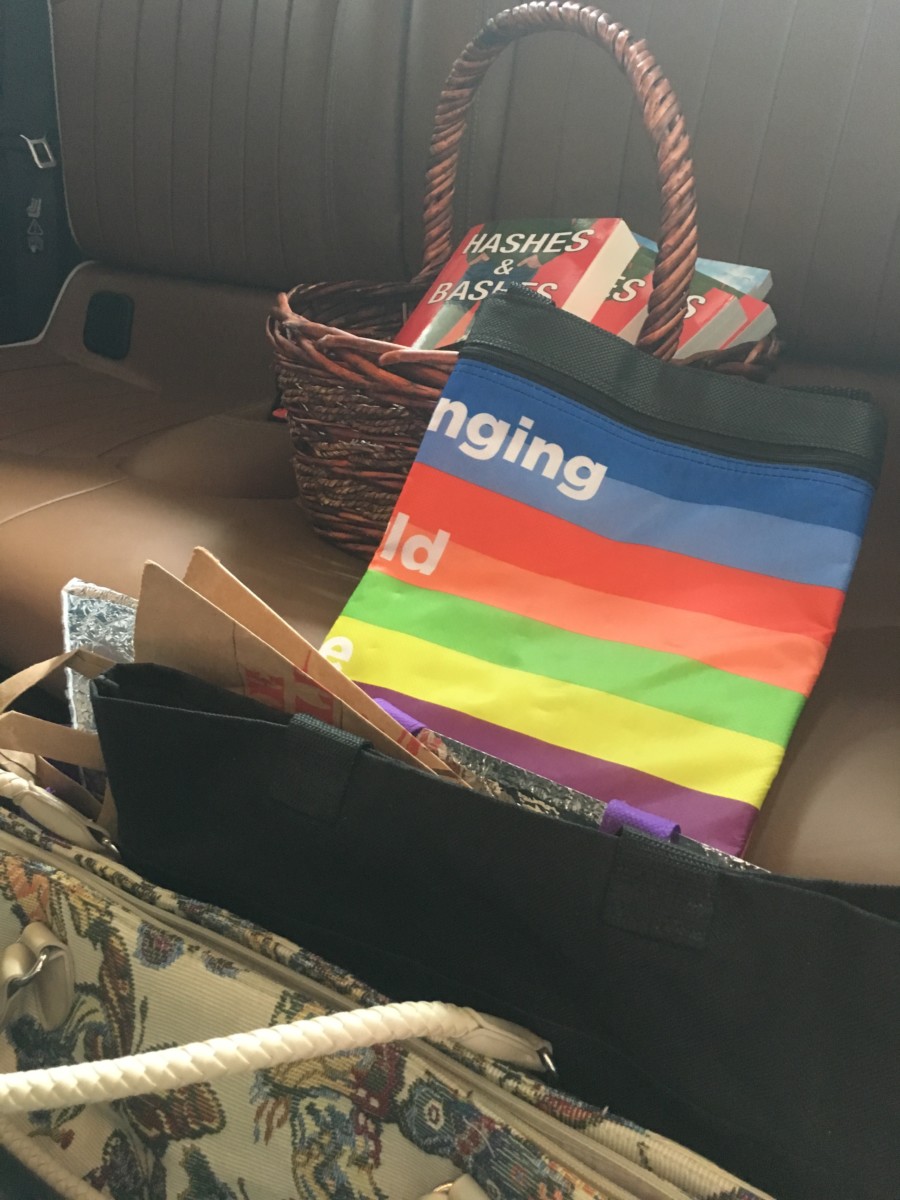 Here’s the booty carrier stash in my Mini sport coupe’s back seat. (yes, there is one – photographic proof this is) I’ve conveniently stowed canvas, refrigerated, cloth, and paper bags. Even a carpet bagger replica for post-Civil War aficionados, which seems relevant in these post-election times… I’ll bag this line of comparison so that I don’t digress into rant. Facebook is filled with meme fights and belief shouters and I want to avoid melee on my blog.

OK. I’ll digress to a memory blast from the past, a Halloween incident vivid, a diversion from negative commentary. Mind travel with me and laugh, a commodity much needed these days.

I used to get my haircuts from the owner of a salon, a man whose ego was large. His ego, as well as business ownership, dictated that his well-mirrored hair styling station had full view of the space and exterior sidewalk in the ubiquitous Irvine strip mall. Visual command and control of the premises.

To foster team spirit in his stable of stylists one year, he organized a Halloween costume contest. He dressed as a hairdresser, of course. His lion locks were his habitual crown, one he couldn’t abandon for a day, holiday or not. Besides, in his mind he’d already won. He was the boss, unflappable, serene in his lair. Until I sat in his chair, the first appointment on that Halloween day.

I’ll never forget the wide-eyed look, the consternation, the ‘what do I do now’ cogitating I witnessed on his face… as he watched a frumpy bag lady wheel her cart into the shop, slowly, squeaky-wheeled, and directly toward him. 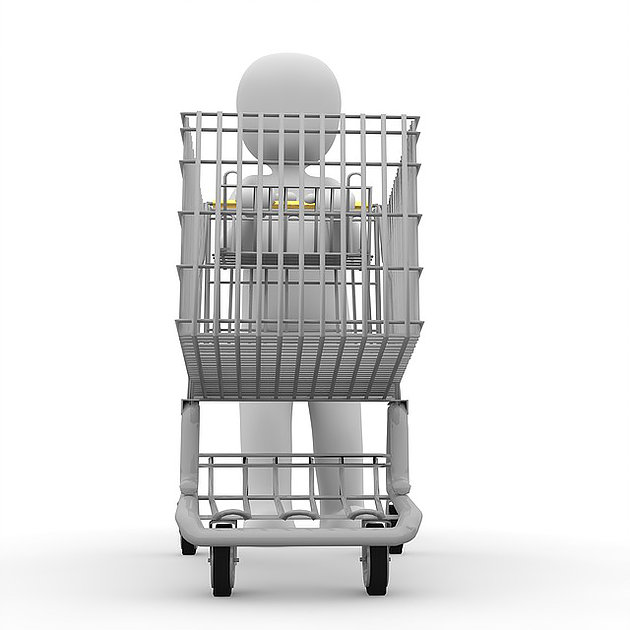 Not even when the bag lady tapped him on the shoulder, when he flinched despite the fact she approached in few view, did he recognize one of his his male stylists. It was an incredible gag. Best costume ever.